I’ve been reading a lot lately about how 19-year-old R & B singer Halle Bailey has been cast in the role of Ariel in Disney’s live action remake of the 1989 animated feature The Little Mermaid. Certainly, a generation has grown up watching and delighting to this film.

More recently, Disney has taken to reimaging many of their 1980s and ’90s animated successes into live action films. I guess “the Mouse” has just plain run out of ideas. Actor Will Smith played the genie in the Aladdin remake, which I haven’t seen, but it’s hard to imagine Robin Williams not being the genie. Actually, I haven’t seen any of the remakes, and probably won’t unless its with my grandchildren (and so far, the next movie my ten-year-old grandson wants to see in the theater is Spider-Man: Far From Home).

According to multiple news outlets including SBS.com.au and The Root, there’s a huge amount of white outrage and a “Big Mad” over (hashtag) #NotMyAriel in twitter. Conservative commentators, including Matt Walsh claim otherwise, and the battle over social justice once more reigns in the news and social media.

Okay, reality check. The original The Little Mermaid tale was crafted by Danish (white) author Hans Christian Andersen and was first published in 1837. It’s been adapted multiple times in many different media types, including by Disney, which played fast and loose with the original material, as Disney tends to do. Fine. Creative license and all that.

Now, if Disney intends on using the same cultural and artistic context for the remake as they did for the 1989 film, then they are missing out on a huge opportunity to do something truly creative and entertaining.

While the source material is Danish, the concept of mermaids (or sea people) is not. Mental Floss lists nine separate mermaid legends from around the world, including from the indigenous people of Japan, Africa (sorry, they didn’t list a specific nation or people group), Brazil, and New Zealand.

Wikipedia (yes, I know) declares that starting with Mesopotamian artwork from the Old Babylonian Period onward, there have been depictions of human beings with the tails of fish. One such story even appears in One Thousand and One Nights, which is a collection of Middle Eastern folk tales compiled in Arabic during the Islamic Golden Age. 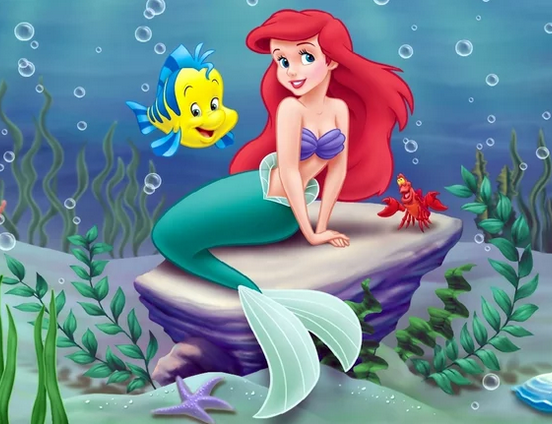 Korea and China have their own mermaid legends, as does Hinduism, all of the above opening the door for an application to “The Little Mermaid” that might include actresses playing the title role who are African-American, Arabic, Persian, Hindi, or Asian.

Here’s the deal. Casting an African-American actress as Ariel and dropping her in the middle of an otherwise white fairy tale is probably doing her and her fellow cast members a huge injustice. After all, it will look all the world like the only reason Disney is casting Bailey is to appear inclusive and progressive, not because it affects the plot or enhances the storytelling.

But, what if you change the cultural context of the story entirely? As I mentioned above, there are many, many other legends that could lend themselves to the mermaid story, ones where an African or African-American cast would make more contextual sense, and would provide them with a richer background and environment from which to tell their tale (tail).

Reality Check 2: Disney’s bottom line is money, profits, “Benjamins, baby.” They have to sell their movies to the widest possible international audience. That means, they can’t put their “blockbuster” films into too tight a niche; one that will only appeal to a narrow band of people. That means, in all likelihood, they won’t take risks (and make no mistake, as of 2019, casting Ms. Bailey as Ariel represents little to no risk).

Disney will re-create their late 20th century film hits as viewed through an early 21st century lens, so expect changes that deviate from the originals. If you don’t like the remakes, I’m sure you can still own and cherish the animated movies. I still have a few on old VHS tapes. I just need to find a compatible player.

Is Halle Bailey #NotMyAriel? Quite frankly, I couldn’t care less. If I were invested emotionally in this upcoming movie, my biggest question would be “Does the casting enhance telling an interesting story?”

Oh, I did discover that in the stage musical version of The Little Mermaid, African-American actor Norm Lewis played the role of King Triton, although white actress Sierra Boggess was originally cast as Ariel. The roles of Ursula, Eric, and Scuttle were played by white actors. African-Americans were cast for the roles of Sebastian, Jetsam, and one incarnation of Flounder. Seems this isn’t the first time the “mermaid” story has been told with a cast of characters who weren’t 100% white.