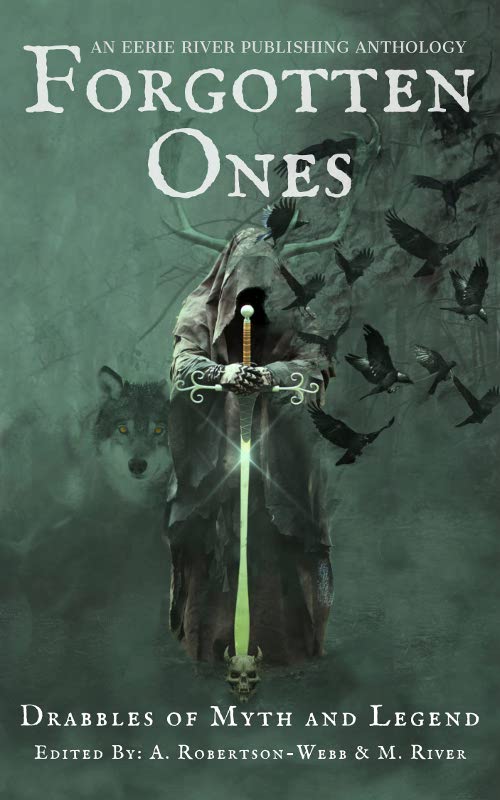 Cover art for the Eerie River Publishing anthology “Forgotten Ones”

I’ve been downloading a lot of digital books that are being offered cost free as promotions lately. It’s a great way to read new material and it’s easy on my meager budget, especially since the libraries have closed (sounds dystopian, doesn’t it?).

Somewhere on Facebook (probably), I found a link to the Eerie River Publishing anthology Forgotten Ones: Drabbles of Myth and Legend. Although I’ve written a drabble or two in my time, and have had them published in various anthologies, I’ve never read a drabble anthology cover to cover.

I guess the concept never really appealed to me (ducks as objects by drabble authors are thrown at my head).

And that was how I started reading “Forgotten Ones”. I quickly picked up on each author’s source material in mythology and theology, but they just didn’t seem to float my boat. At heart, I’m a short story to novella writer. I thrive on character development, painting a scene with broad strokes, and then highlighting it with subtle pens and pencils. A 100-word drabble just doesn’t allow for that.

END_OF_DOCUMENT_TOKEN_TO_BE_REPLACED 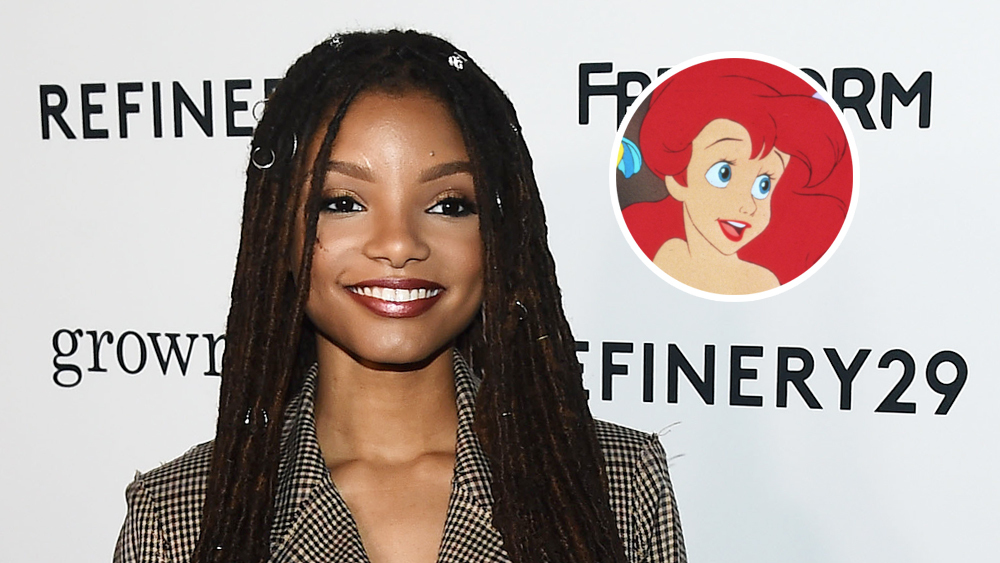 I’ve been reading a lot lately about how 19-year-old R & B singer Halle Bailey has been cast in the role of Ariel in Disney’s live action remake of the 1989 animated feature The Little Mermaid. Certainly, a generation has grown up watching and delighting to this film.

More recently, Disney has taken to reimaging many of their 1980s and ’90s animated successes into live action films. I guess “the Mouse” has just plain run out of ideas. Actor Will Smith played the genie in the Aladdin remake, which I haven’t seen, but it’s hard to imagine Robin Williams not being the genie. Actually, I haven’t seen any of the remakes, and probably won’t unless its with my grandchildren (and so far, the next movie my ten-year-old grandson wants to see in the theater is Spider-Man: Far From Home).

According to multiple news outlets including SBS.com.au and The Root, there’s a huge amount of white outrage and a “Big Mad” over (hashtag) #NotMyAriel in twitter. Conservative commentators, including Matt Walsh claim otherwise, and the battle over social justice once more reigns in the news and social media.

END_OF_DOCUMENT_TOKEN_TO_BE_REPLACED 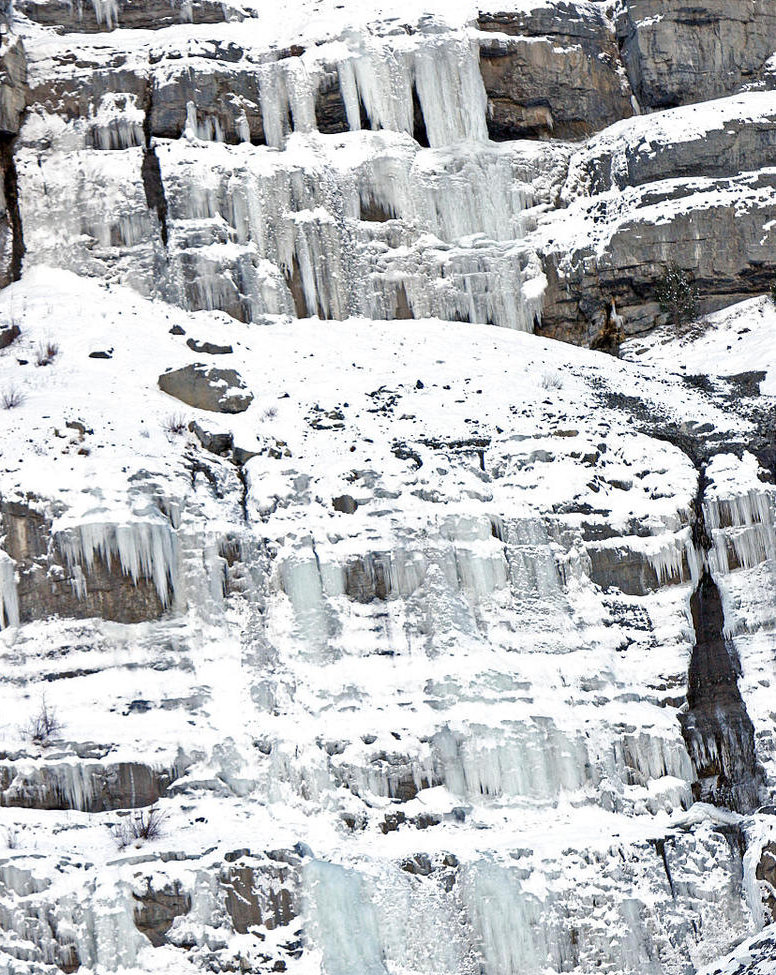 “So Gray Eagle and Norita were like Romeo and Juliet.” Gola looked up at the frozen Falls, her partner Ash having convinced her to make the frigid hike.

“That’s what the legends say.”

She looked up, the mist of her breath wafting toward the fur around his eyes. “I love you when your romantic, but I’m freezing my tail off. Couldn’t you have told me the story at home?”

“With the clan living with us for the winter, I wanted to be alone with you.”

“That’s sweet,” she murmured, nuzzling against his warm neck. Then she nipped the tip of his ear making him yelp. “But I’m freezing my tail off.”

“You win. We’ll go. I’ll have to speak to the Evolutionary about making the next generation more resistant to cold. Let’s go home, Ms. Fox.”

“Whatever you say, Mr. Fox.” Then the orange-furred pair trotted down from the Falls.

I wrote this for the What Pegman Saw photo writing challenge. The idea is to use a Google Maps location/image as the prompt for crafting a piece of flash fiction no more than 150 words long. My word count is 150.

Today, the Pegman takes us to Bridal Veil Falls, Utah (which I visited many years ago). I looked up the history of the Falls which told me, among other things, that it can be dangerous to hike there, particularly in winter.

I also found a legend about the falls which included the tale of two ill-fated lovers Norita and Gray Eagle. Click the link to learn more.

I didn’t want to write an “ordinary” romantic scene, so I made Gola’s expression about her tail more literal. Mankind has become nearly extinct, and after many ages, the climate of the Earth has returned to a pre-humanity state. To re-populate the planet, a human scientist known as the “Evolutionary” (which I shamelessly stole from the Marvel Comics character the High Evolutionary) has artificially evolved, among other species, a clan of foxes, making them more humanoid and giving them a much higher intelligence, along with, we can only hope, greater wisdom.

To read other stories based on the prompt, visit InLinkz.com (and submit something since it seems I’m the only one in the “room” so far). 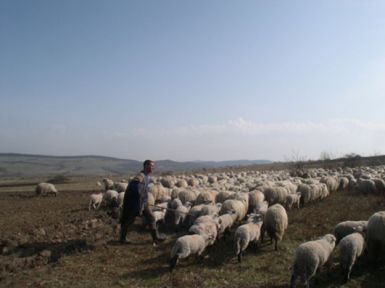