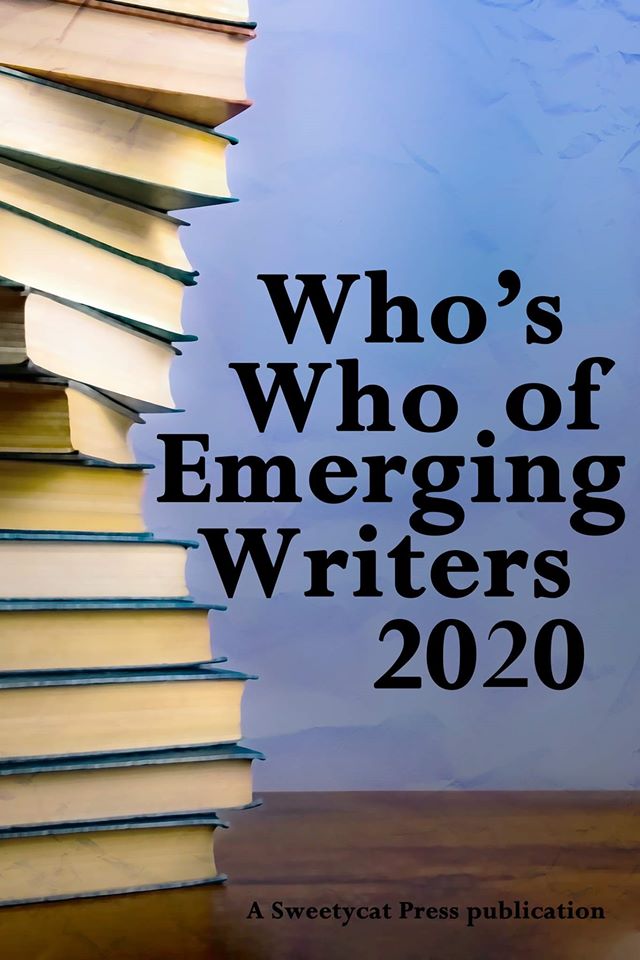 Steve Carr recently created Sweetycat Press (sorry, it’s a private Facebook group, so you won’t see most of the content) to showcase and promote emerging writers. To that end, their first book is “Who’s Who of Emerging Writers”, which will become available May 1, 2020. Here’s the official press release (I don’t think I’ve been in a press release before):

February 29, 2020: James Pyles of Meridian, Idaho has been named as one 111 emerging writers and authors worldwide to be included in the Who’s Who of Emerging Writers, 2020, due for release on May 1, 2020. James is a science fiction, fantasy, and short story author whose works have appeared in more than 20 anthologies.

Emerging writers are considered those writers who are not well known but have built up a body of work, as either poets, short story authors, non-fiction writers and novelists, or a combination of those, that have contributed to excellence in writing.

Published by Sweetycat Press, a non-profit entity founded by short story author, novelist, playwright and former journalist, Steve Carr, the writers and authors included in the Who’s Who were selected by a panel of editors and publishers.

The Who’s Who of Emerging Writers, 2020, provides the biographies of the writers and authors and lists some or all of their published works. All proceeds from its sale on Amazon.com will go to producing other publications that support emerging writers by bringing their names and works to the attention of influencers in the publishing industry and the reading public.

9 thoughts on “Featured in “Who’s Who of Emerging Writers””