I just had an interesting “debate” on twitter. Someone I follow (and who doesn’t follow me) said something about the vaxx-denier at work being on again about the person in question getting vaccinated.

I’ve heard the word “denier” used more or less in the same context as “racist” or “child molester,” as if someone does not have the right to hold a different opinion on the topic, and doesn’t have the right to choose NOT to receive the COVID vaccine.

I didn’t respond to this person directly, but I did retweet his message as a quote and added one of my own. He responded and, as I said, because I like him (although I’m sure he thinks I’m the Son of Satan for being such a difficult human being) and generally think he’s a good person, I am paraphrasing him in the following image as he responds to me.

END_OF_DOCUMENT_TOKEN_TO_BE_REPLACED 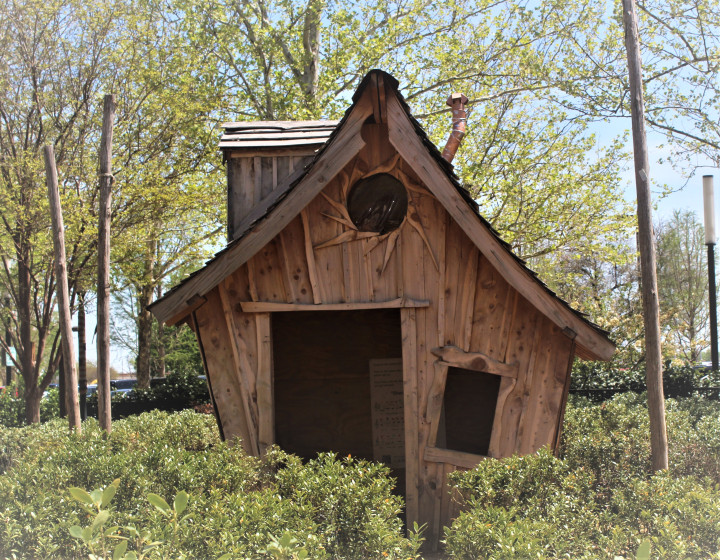 “It happened in there.” Fifteen-year-old Christina Stevens pointed at the opening of the tiny, twisted cottage sitting in the park.

“I’ll have a look.” Senior Officer Angela Conner nodded at the teen then turned to her partner. “Watch him.”

“Why are you doing this, Chrissie? You know I didn’t do…”

The boy was interrupted by an elbow to the gut. “No talking to the victim, perp.” Beck scowled at the now doubled over high school senior. Then he gave the young blond girl his most charming smile.

After a few minutes, Conner walked back out of the cottage holstering a strange device.

“It’s a Temporal Scanner, Ms. Stevens. We’ve been using them for about five years now.” She turned to her partner. “I scanned the time frame when she said the incident occurred. Kids were in and out of here last month drinking beer. Stevens and Kelly were present but never at the same time and never alone together. Uncuff him. There’s no evidence.”

Tears welled up in the girl’s eyes. “But you’re supposed to just believe me.”

I wrote this for the Sunday Photo Fiction Challenge of September 30th. The idea is to use the image above as the prompt for crafting a flash fiction piece no more than 200 words long. My word count is 197.

Yes, I know this story will be especially unpopular in light of the recent testimony given at the Brett Kavanaugh hearings to potentially confirm him as a Justice on the U.S. Supreme Court. I’m not defending Kavanaugh and I’m not saying that his alleged victim Dr. Christine Ford is not being truthful. I’m also not saying that victims should routinely be disbelieved or ignored. However, I am deeply disturbed by the thought that 100% of all allegations of sexual assault must be believed without any evidence whatsoever and with no consideration for any other circumstances.

In my wee fictional tale, I decided to create the one piece of technology that could impartially examine the evidence at the time in which a crime was to have allegedly occurred. If Temporal Scanners were real, we could look back at any point in history and observe what actually happened. Memories (and any other motivations) would be irrelevant, since investigators could see and hear what really occurred.

It wouldn’t be a matter of belief. We would actually know.

To read other (more acceptable) tales based on the prompt, visit InLinkz.com.

I’m sorry, but there are always two sides to every story. I’m just presenting the flip side of the coin.

One of the 13 local suspects arrested by the Washington State Patrol as part of a statewide child sex sting operation dubbed “Operation Net Nanny”
(Photo: KREM)

“Earth needs a virtual country: #Rationalia, with a one-line Constitution: All policy shall be based on the weight of evidence[.]”

The sting was a part of a statewide effort from the Washington State Patrol and local law agencies around the state. Detectives posted an ad on craigslist titled “New to Spokane. Young fam fun.”

“We used a number of different personas in ways where we went out and talked to people who wanted to do bad things to kids,” said Sgt. Carlos Rodriguez of the Washington State Patrol.

In all, detectives said they got more than 1,000 replies to the ad. One of those that allegedly applied was Robert Dahms.

Court documents allege Dahms replied “I love young, I don’t care how young,” to what he allegedly thought was a mother offering her six and 11-year-old girls and her nearly 13-year-old son.

“Dr. Olsen, you are a board certified expert in the areas of sexual orientation and sexual identity, is that correct?”

Deputy Public Defender Sheila Grey Allen slowly walked toward the witness-box as she casually referred to her notes. Her manner was practiced and even to the casual eye, she gave the impression that she knew the answer to every question she asked, which, in fact, she did.

“Yes, that’s correct.” Benjamin Olsen, Ph.D in Psychology, was a professional expert witness who traveled all over the country at the request of various legal offices, in order to render his testimony, however, this case promised to be a landmark if the jury could be swayed to look at the evidence in a certain way. The talk show circuit would beckon Dr. Olsen, and lucrative book deals were most assuredly waiting in the wings.

“Have you had an opportunity to examine my client,” Allen subtly indicated the man with the receding hairline dressed in the yellow jailhouse jump suit seated at the defense table behind her, “Jesse Martine?”

“Yes I have,” Olsen responded calmly belying his internal excitement. “I issued my report last week.”

“So noted,” the bench replied.

“On what evidence do you base your report’s conclusion, Dr. Olson?”