“Where are you going, NaCumbea?”

Martin Fields watched the woman he had fallen in love with put on her skin-tight temporal transfer suit. Both of them were reluctant time travelers, recruited by extra-dimensional beings for the purpose of correcting time anomalies in their little corner of time-space.

She’d gone through hell and was just now beginning to come to terms with her new life. First of all she had died at the age of fourteen, but that was over 700 years ago. She was resurrected by “them” as one of their time travelers, but a rogue “them” named Vanir had captured and tortured her in an other-worldly realm for centuries.

END_OF_DOCUMENT_TOKEN_TO_BE_REPLACED

Martin thought, “If we ever get out of this mess, I’m going to have to bring NaCumbea here. This must be the ultimate time tourist’s destination.”

The Temple of Karnak. Even the sacred enclosure of Amun alone could contain ten average-sized European Cathedrals.

“So here I am. Martin Fields, Time Traveler disguised as a priest. I’m so scared, I’ve left my jump suit’s stealth mode active so I shouldn’t be noticed. I’m in Egypt somewhere around 1958 BCE, although exact measurements get a little splashy when mapping them to a 21st century CE calendar.”

It was getting close to the climax of this year’s Opet Festival, the twenty-seven day period when Egyptians believed their gods and the earth required a recharge of chaotic energy from the cosmos.

Martin headed to the storage chamber where the accessories for the god Amun were kept. The most prized of the gold and silver jewelry used to adorn the god for the climatic ceremony that’s supposed to regenerate him are kept there. The key gold encrusted ruby is missing. The priests just don’t know it yet.

END_OF_DOCUMENT_TOKEN_TO_BE_REPLACED

“That was exhausting,” he said in English. “I can’t believe I let you convince me to come here. It’s worse than Disneyland.”

Martin Fields sat heavily on his chair at their table. It was June in Paris and the weather was very pleasant as the sun receded into the west.

“It’s not all that bad, Martin.” NaCumbea sat lightly in her seat as if totally unaffected by the past nine hours they’d spent touring the vast number of stunning exhibits at the 1925 International Exhibition of Modern Decorative and Industrial Arts.

END_OF_DOCUMENT_TOKEN_TO_BE_REPLACED 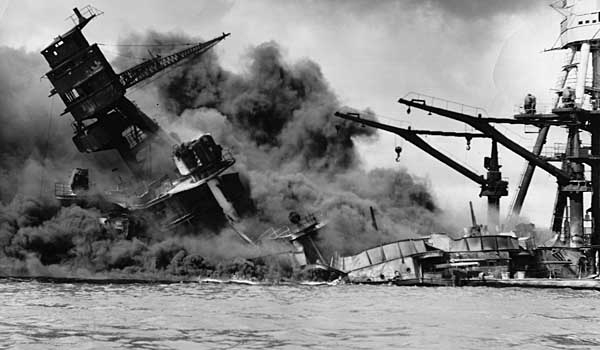 “So who is she?” Martin Fields had just put on his upgraded time jump suit. He didn’t see Isis materialize behind him in the center of his bedroom, but he knew how to feel her presence by now.

“Consider it a challenge to discover that for yourself, Martin.”

“Too easy, Isis.” He turned to face her. “The new suit’s sensors can detect her jumps. I can literally be one step ahead of her and I have all the time in the universe to do it in.”

Isis was always smug and condescending, but he still thought she was up to something. What did she know about the other time traveler? Probably everything.

There were no more manual controls on the suit. Not since the incident with the Zodiac killer. Now the suit was virtually skin-tight and with holographic properties that allowed Martin to project any costume he needed to blend in with any period in history. He could control the suit at the speed of thought.

Catching NaCumbea should be a breeze.

END_OF_DOCUMENT_TOKEN_TO_BE_REPLACED Time Traveler Martin Fields was spending Tuesday evening experimenting with the perfect vodka martini. The single olive might offend James Bond, but Martin thought it was the appropriate garnish. No time travel assignment from Isis in more than two weeks, so he mostly focused on his non-existent love life.

Martin felt nauseous, but sure it had nothing to do with his drink.

The olive and thin liquid streams were rising out of his glass.

She materialized in the center of his living room in a purplish haze. The olive and vodka returned to gravity’s control.

“Hello.” She had an enchanting smile and a time jump suit to die for, if it was a jump suit. Could have just been a freakishly futuristic skin-tight catsuit laced with photo-circuits.

I sat up. “I suppose stuff like this shouldn’t surprise me.”

Great. She knows my name and where (and when) I live.

“Name’s NaCumbea.” She didn’t extend her hand by way of introduction. “I thought now that you know the ropes, you should know you’re not the only one.”

Before I could respond, the purple haze around her brightened. “Come get me.” The chase had begun.

Written as part of Sunday Photo Fiction for February 26th 2017. The goal is to write a piece of flash fiction no more than 200 words long. Mine is 199.

To read other stories based on the photo prompt above, go to InLinkz.com.

Again, I’m using my recurring time traveler Martin Fields, who first started training for this job in the story On Wednesday The Time Traveler Got Wet.

This story concludes in Catching NaCumbea.

“Does it look that different, Hiro?”

“I miss the waterways. It’s different, but it’s home.”

“I’m almost sorry I brought you here, given what’s about to happen to you.”

“You said what happens to me happened over seventy years ago.”

“You’ll still have to return.”

“And die, I know. But I’m curious why your Isis had you bring me here to the ward where I was born.”

“Look there.” The Time Traveler pointed to the fish market on the corner. A family, three generations of them, were just opening up.

“Your son, his children, and their children.”

“One last look at home, Hiro.”

“Thank you, Martin. Now I can die in peace, knowing my family lives on.”

“It’s time for me to take you back to Hiroshima.”

I wrote this in response to the What Pegman Saw photo challenge. The goal is to use the photo at the top of the page as a prompt to write a piece of flash fiction no more than 150 words long. Mine came in at 147.

The photo prompt is a 2016 street view of a ward of Tokyo called Chūō-ku, which literally means “Central Ward”. I looked it up on Wikipedia, and among other things, found out that after World War II, much of Chuo City was rebuilt and many of its numerous waterways filled in to make space for more buildings and roads.

I leveraged time traveler Martin Fields, who I featured in a seven-part series beginning with On Wednesday, The Time Traveler Got Wet, in order to give a Japanese man from 1945 a chance to see what had become of his family after seventy years. He gets a look at them in the 21st century before returning to his fate in Hiroshima the day the Atomic Bomb was dropped.

Why the other-worldly being known as Isis would have given this gift to a single individual is not revealed, but it’s enough that it was given.