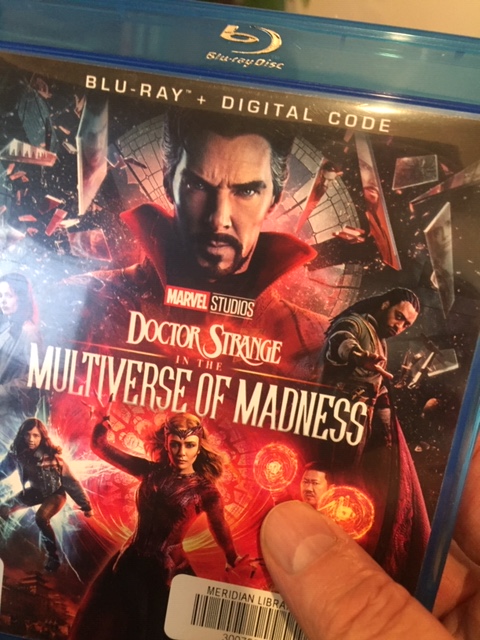 Last night I watched Doctor Strange in the Multiverse of Madness (2022).

I got the Blu-Ray from my local public library so it didn’t cost me a cent. I was concerned because the film has mixed reviews and I didn’t necessarily want to waste my time on a turkey (like just about every Marvel TV show on Disney+ to which I thankfully do not subscribe).

It was…okay. Actually not bad at all, although somewhat flawed.

Spoiler Alert: If you haven’t seen the movie and you hate spoilers, stop reading now.

Doctor Stephen Strange (Benedict Cumberbatch) has a strange (no pun intended) multi-dimensional dream (part and parcel for Dr. Strange in the 1960s and 70 comic books) where he is trying to reach some sort of goal with a young girl (America Chavez played by Xochitl Gomez). Some dark force is trying to take her powers and he becomes too injured to help her. Chavez comes nearer to the goal but is then stopped by the creature. Strange believes the only way to stop the creature from stealing her powers is to steal them himself. Then he wakes up. It was a dream.

END_OF_DOCUMENT_TOKEN_TO_BE_REPLACED

I found the 2021 film Black Widow as a DVD at my local public library yesterday. Naturally I checked it out so I could watch and review it. I’ve heard various unflattering things about the movie, and I wanted to see for myself.

Oh, tons of spoilers follow, so if you haven’t seen the movie and want to, don’t read any further.

In no particular order:

END_OF_DOCUMENT_TOKEN_TO_BE_REPLACED 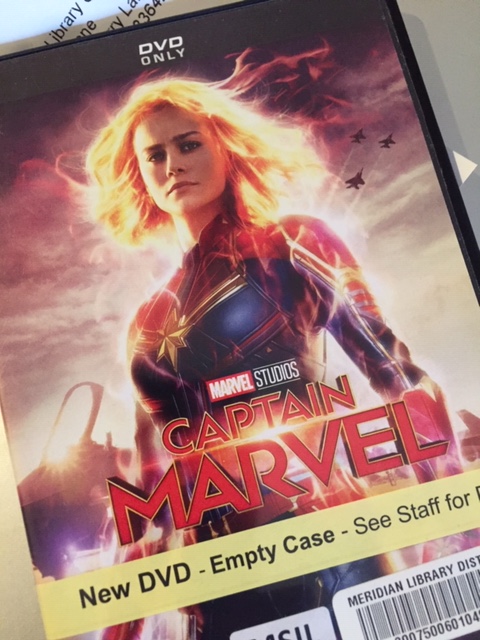 I finally got around to watching Captain Marvel (2019) last night. I said previously, I probably wouldn’t view this film until it came out on DVD, which is exactly what happened. I reserved it at my local public library but had to wait until over 100 other people, who also had it held, watched it before it was my turn.

Even before I saw the movie, when it was still out in theaters, I wrote commentaries about the controversy surrounding the film thanks to actress Brie Larson’s (who stars in the title role) injecting her personal issues into the public marketing of both this movie and Avengers: Endgame (2019). I’ve tried to the best of my ability to be objective in my review, but unfortunately, Larson’s “personality” sometimes got in the way. As it turned out, so did Disney’s/Marvel’s apparent viewpoint.