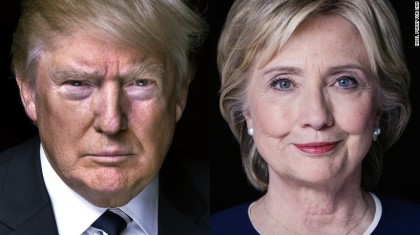 I’ve been voting since the mid 1970s and I’ve never seen a Presidential race this bizarre.

Let’s cut to the chase.

I believe Hillary Clinton is one of the most corrupt human beings who has ever walked the Earth. I believe that beginning at a young age, she dedicated her life to political ambition and power. No other priority was and is higher in her life. She’ll do anything to advance her power. For Clinton, running for President must be like a junkie anticipating their next high. If she became President, she’ll run as fast as she can to please her billionaire supporters, both here and abroad, and to hell with the American citizens.

Donald Trump is a pig. I can’t believe he’s the GOP frontrunner (but then again, neither can the GOP). He’ll say any outrageous thing just because he can, and his supporters eat it up with a spoon. I still don’t think he actually wants to be President and that he’s doing all this just to see how people will react. If he became President, I don’t think he’d know what to do with it. He might just quit once elected.