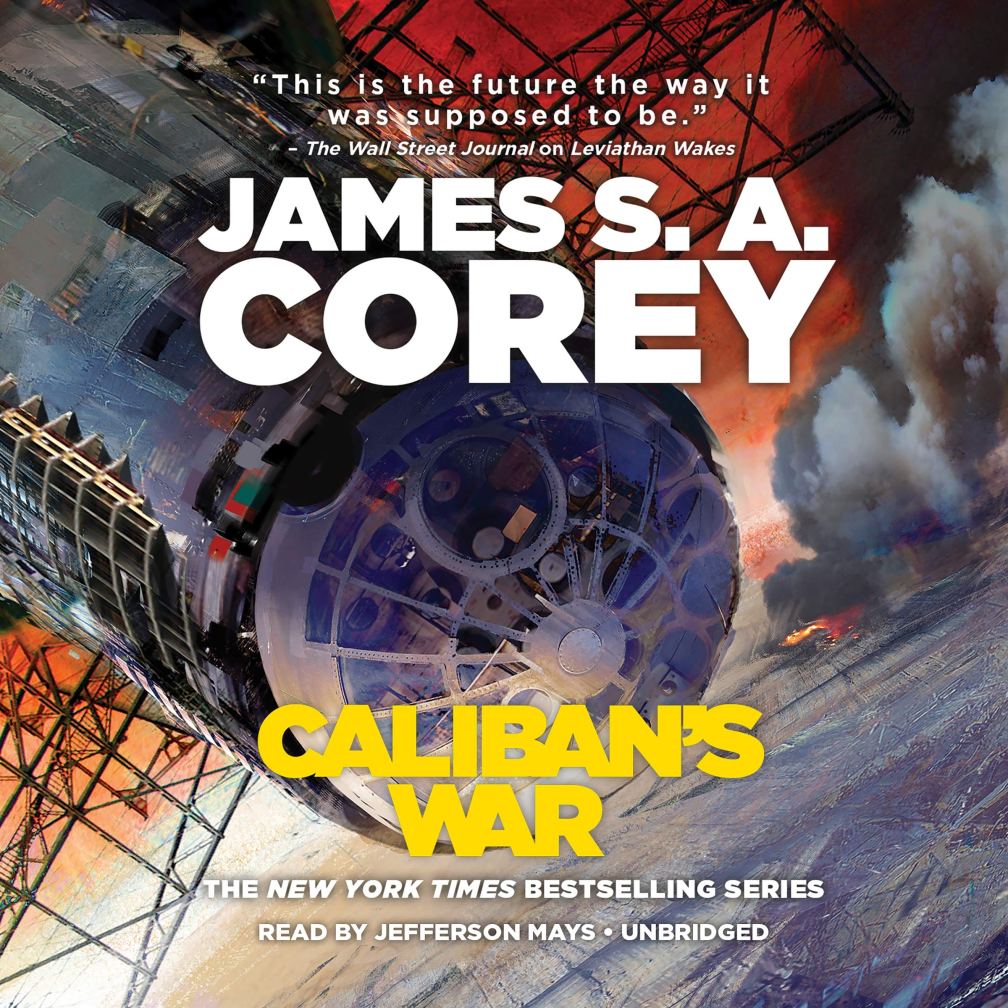 Not long ago, I reviewed the first book in the “Expanse” series Leviathan Wakes by James S.A. Corey (pen name for Daniel Abraham and Ty Franck). Almost always when I read and review the first book in some series, I tend to wander off in a different direction afterward. I did that for N.K. Jemisin’s Hugo award winning The Fifth Season, for David Weber’s On Basilisk Station, for Martha Wells’ All Systems Red, and in fact, for just about every book I’ve reviewed, regardless of how well I did (or didn’t) like them.

However, “Leviathan” really hooked me, so much so, that I immediately checked book two out of the public library. I just finished reading Caliban’s War and absolutely loved it. The quality was just as high as for “Leviathan.” I was reintroduced to familiar characters such as Holden, Naomi, Alex, and Amos as well as new characters such as Prax, Bobbie, and Avasarala.

It begins on the Jovian moon Ganymede, the “bread basket of the belt,” which is the best location to grow the food needed for the colonized asteroids. It’s the best place for pregnant women to gestate to term. It’s also, apparently, the best place to spawn protomolecule monsters.

END_OF_DOCUMENT_TOKEN_TO_BE_REPLACED 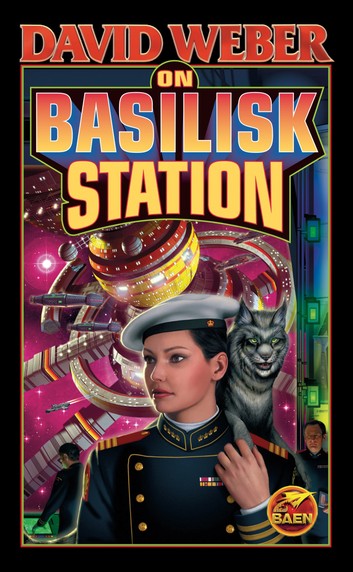 It was kind of hard to get into. Weber has a tendency to lapse into long pages of dense exposition, which tends to put the reader into one person’s head (more often than not, Honor’s) than into the action.

However, if you can power through that, you finally get to a space opera laced with political intrigue, the dynamics of provincial planetary plotting, and then the climax of classic space battle.

Weber seems to have a background in military strategy, which shows in how he depicts martial activities, both in space and on the planet. However, there were times when life aboard Honor’s ship “Fearless” felt a little like “Star Trek.”

The one thing that would have made his book better would be to cut back on each character seemingly talking too much about themselves. Also, antagonists like Lord Pavel Young and the ultra-wealthy Klaus Hauptman weren’t as prominent or as formidable as I expected them to be based on how they were initially presented.

END_OF_DOCUMENT_TOKEN_TO_BE_REPLACED

Richard Paolinelli’s novel Galen’s Way: A Starquest 4th Age Adventure attempts to re-capture the bygone era of space operas and makes a good run at it, but the cost is encountering more than a few space opera stereotypes.

Galen, a mercenary and smuggler, formerly an elite soldier, is covertly hired by a royal emissary to retrieve a kidnapped Princess from a fortress planet. The job, although sounding difficult, is almost too easily accomplished. However, what he finds is not one Princess, but four, plus a dark plot that spans an interstellar kingdom. In the course of this small saga, Galen alternates between encountering almost helpless and buffoonish bad guys to allowing himself to be captured and violently tortured just (seemingly) to get information.

On the run with the beautiful Princess Rhiannon and his spaceship’s (typically) sarcastic AI Cassandra, they must outwit bounty hunters and professional assassins to unravel a twisted conspiracy and restore justice to the galaxy.

END_OF_DOCUMENT_TOKEN_TO_BE_REPLACED

In some ways, E.E. “Doc” Smith’s third Lensman novel Galactic Patrol feels like the first “real” Lensman novel. I suppose that’s largely due to the character Kimball Kinnison having a central role in the book. He is the Lensman hero I think all of my friends looked up to when these books were popular when I was in Junior High in the late ’60s. Of course I also think these novels were better consumed over 50 years in the past by boys between the ages of 12 and 14 than they are by a fellow in his late 60s today.

It also hung together a bit better than the previous two (“Triplanetary” and “First Lensman”). That said, most of the book felt incredibly episodic. It was like a television show where the season hadn’t been plotted out cohesively from start to finish. A great deal of the action bounced all over the place, introducing seemingly random characters, planets, and events throughout the first two-thirds of the story.

Eventually, Smith was able to tie (most) things together showing relationships in the last third, but even that seemed rushed.

END_OF_DOCUMENT_TOKEN_TO_BE_REPLACED

Cover art for the 1968 edition of “First Lensman”

I’ve been reading the legendary E.E. “Doc” Smith‘s Lensman series recently. After Triplanetary (1948 – originally published as a serial in 1934), which really wasn’t about the Lensmen, but did introduce a few key characters, came First Lensman (1950) which still gave off more of a 1930s flavor.

While readers get their first real glimpse into the lives and power of the Lensmen, the tale reveals itself as terribly dated. The “good guys” are very “North American” centric, women don’t have minds compatible with interacting with the lens, and our guys are scrupulously honest and forthright.

As with “Triplanetary,” I sometimes found it difficult to keep track of scene changes and figure out where I was in the story from one point to the next.

Along with the purely space opera aspects, there were heavy political overtones, no doubt reflecting Smith’s actual viewpoints.

END_OF_DOCUMENT_TOKEN_TO_BE_REPLACED 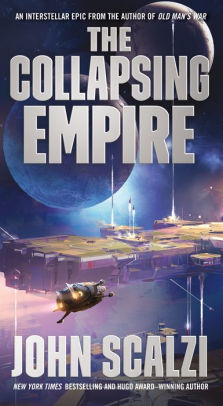 I recently downloaded a free copy of John Scalzi’s novel The Collapsing Empire from TOR.com. It was part of a promotion of the third novel in this series The Last Emperox being published later this month (as I write this).

Scalzi comes with a rather stellar reputation and background, having won two Hugos and been nominated for other awards, but the proof of an author is in the writing, not the rep (as least as far as I’m concerned), so I thought I’d give him a whirl.

But first, the kudos I gleaned from Amazon:

“John Scalzi is the most entertaining, accessible writer working in SF today.” —Joe Hill, author of The Fireman

“Fans of Game of Thrones and Dune will enjoy this bawdy, brutal, and brilliant political adventure” —Booklist on The Collapsing Empire

END_OF_DOCUMENT_TOKEN_TO_BE_REPLACED 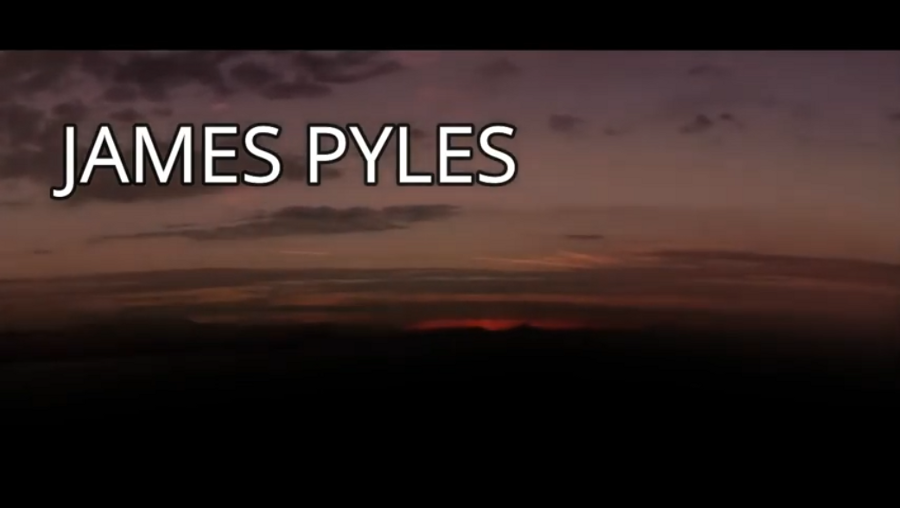 “Sol” features my science fiction short story “The Pleiades Dilemma,” the tale of an interstellar interloper into our solar system that not only seems piloted, but is on a direct course for our Sun. The question is, will this probe save humanity or destroy it?

END_OF_DOCUMENT_TOKEN_TO_BE_REPLACED

Neal Asher’s War Factory is the sequel to his novel Dark Intelligence and the second in his “Transformations” trilogy.

We continue to follow the travails of a plethora of characters, human, Prador, AI, and other, all orchestrated by the dark AI Penny Royal, who has mysterious motivations for manipulating lives and even entire regimes.

Asher remains a top author in the crafting of space operas, interweaving a large cast of players on his interstellar stage, this time upping the game. Penny Royal leads herself, the assassin droid Riss, and Thorvald Spear on a journey to rediscover their beginnings, which for the mechanized members, is a massive space station. “Room 101” was a sapient intelligence who felt a maternal instinct toward her martial creations, and who, when on the verge of destruction, did the unthinkable.

END_OF_DOCUMENT_TOKEN_TO_BE_REPLACED

I’ve wanted to read and review one of Richard Paolinelli’s novels for quite some time now, since I previously reviewed his short story The Last Hunt which was featured in last year’s Superversive Press anthology To Be Men: Stories Celebrating Masculinity. I finally got my opportunity with Escaping Infinity, a 2017 Dragon Award Finalist.

As I got into Paolinelli’s book, I found it had some similarities to Australian SciFi writer Matt Reilly’s 2000 novel Contest. In both books, an innocent couple is thrown into a highly unlikely environment where they must solve a series of challenges in order to survive. In Reilly’s case, it was the location was the main branch of the New York City Public Library, and in Paolinelli’s novel, it’s a seemingly five-star hotel located in the middle of the Arizona desert, miles away from where any such structure has a right to be.

Peter and his friend and co-worker Charlie are driving to Phoenix for a business trip and become lost. Running out of gas and miles from nowhere, they come across an incredibly futuristic and opulent hotel called “Infinity.” Once inside, they realize the hotel and casino can provide a virtually unlimited supply of pleasures and experiences, enough to keep them there for a lifetime, which seems to be the idea.