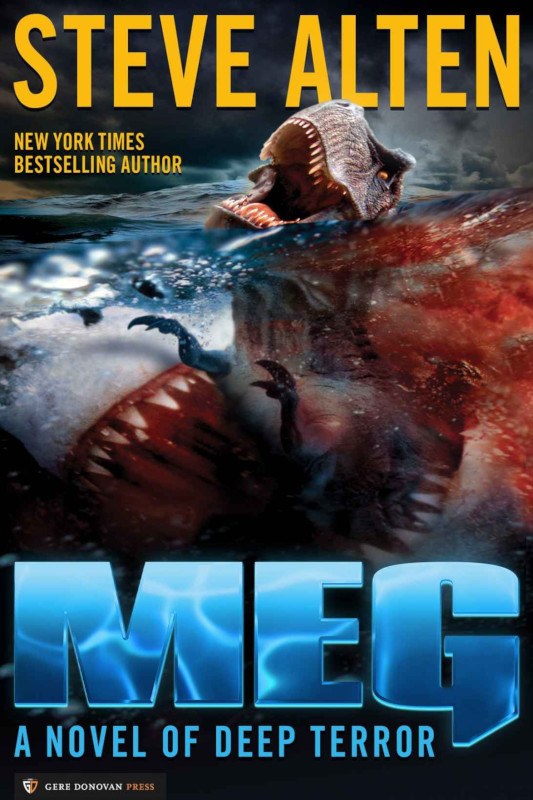 Cover art for the 1997 novel, “Meg: A Story of Deep Terror” by Steve Alten

A few days ago, I came across something about a movie due in theaters in a few weeks called The Meg starring Jason Statham, Li Bingbing, and Rainn Wilson. It’s based on a 1997 novel written by Steve Alten called Meg: A Novel of Deep Terror. Yes, it’s about a shark, but an extinct species called Megalodon, something about the size of a school bus, but a lot meaner.

I doubt I’ll go see the movie, but curious, I found the first novel (in a series of five) at my local public library.

Not to sound cliché, but it is a real page turner. One of those “I can’t put it down” novels. Our hero is paleontologist Jonas Taylor, a former deep-sea diver and marine biologist who, after a brief encounter with a Meg fifteen years before, and having caused an accident that caused the death of two Naval personnel, has never been able to get into the water again. His ambitious, career-minded wife has written him off as a failure and is having an affair with his millionaire best friend.

In spite of the more “soap opera” aspects of the book, which fortunately are held to a minimum, the story is full of “pulse-pounding action,” and, as far as I can tell not being a shark, ship, or submarine expert, seems to be full of pretty accurate and well-researched material.