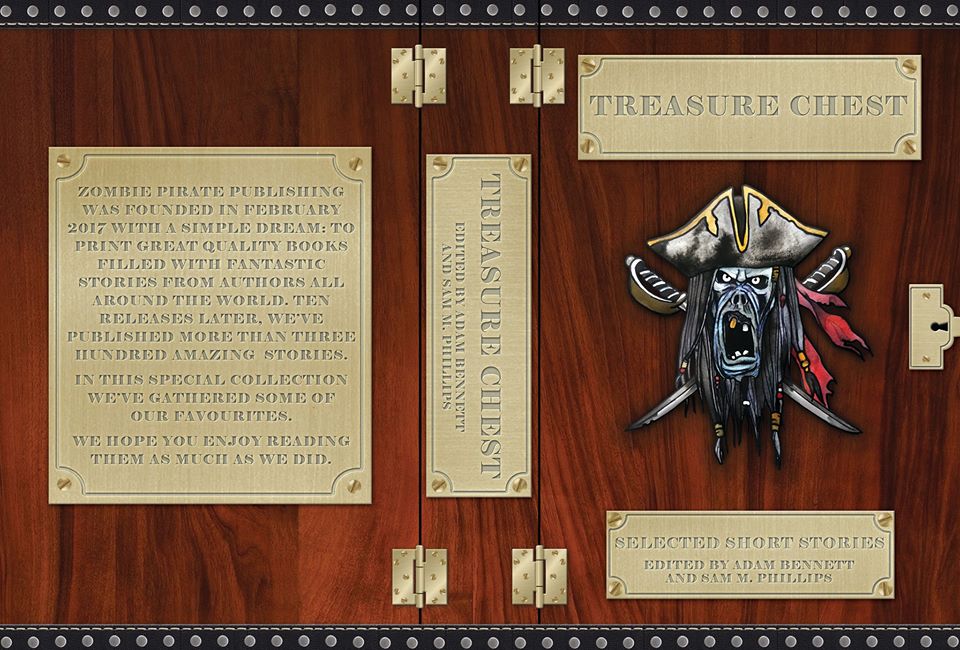 Founded in 2017, Adam Bennett and Sam Phillips have produced a plethora of anthologies, giving indie authors like me, the opportunity to have our tales see the light of day and become available to readers.

My short story Joey, originally published in the SciFi anthology World War Four (please readers, post more reviews), is featured in the “Treasure Chest.” It’s one of my strongest missives emotionally, and I’m glad it was selected.

END_OF_DOCUMENT_TOKEN_TO_BE_REPLACED

This was a nice (almost) surprise. Zombie Pirate Publishing, which has been in existence since 2017, has featured some of my stories in their anthologies, and is producing a “round up” anthology of their favorite tales in Treasure Chest: Selected Short Stories. It’s available for pre-order on Amazon now, to be downloaded to your Kindle device December 1, 2019 (a terrific Christmas gift, by the way).

My classic SciFi tale Joey is featured in its pages.

Joey was first published in the ZPP anthology World War Four back in March of this year, along with many other fascinating tales, including best selling science fiction author Neal Asher‘s novelette “Monitor Logan.”

Here’s an excerpt from the beginning of “Joey”:

END_OF_DOCUMENT_TOKEN_TO_BE_REPLACED

First of all, I just got my copies of the Zombie Pirate Publishing SciFi Anthology World War Four in the mail today, which features my short story “Joey.” It’s terrific to be able to hold it in my hand, even though I’ve also been reading my digital copy.

The other exciting news for this morning, is that my short story “The Recall” has just been accepted for publication by Cloaked Press for their upcoming anthology “Spring Into SciFi 2019.” No details are available yet, but I’ll post them as they come in. 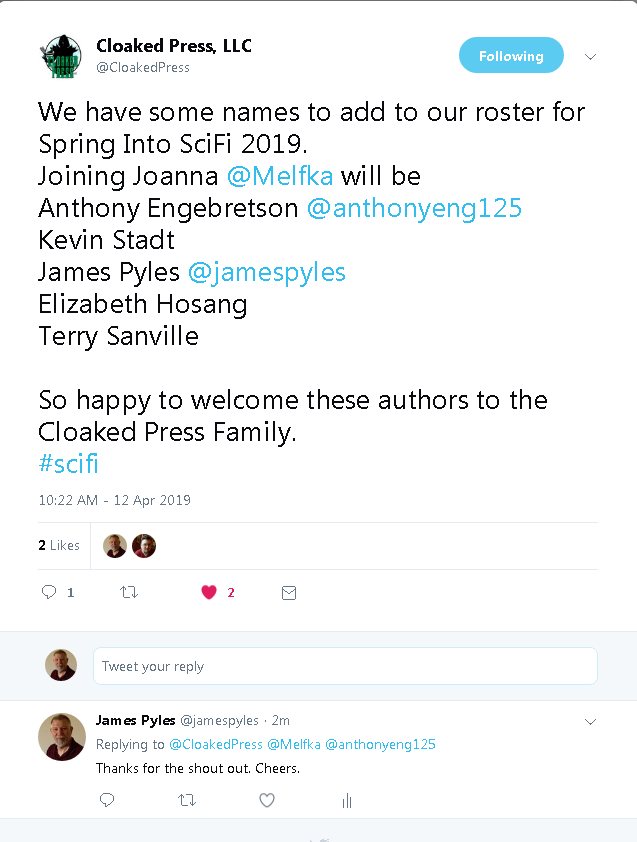 From cover image for “1929: A Zimbell House Anthology”

I didn’t think this would happen so soon, but the three anthologies I’ve been published in so far this year have started to get a bit of buzz.

Zombie Pirate Publishing’s “World War Four” containing my short story “Joey” has a total of 29 goodreads‘s ratings (no reviews so far) with a total score of 4.93 (out of a possible 5.00).

And even though it only became available for purchase yesterday, Zimbell House Publishing’s “1929” received a single 5-star rating on goodreads, although to be fair, the rating was from the publisher. 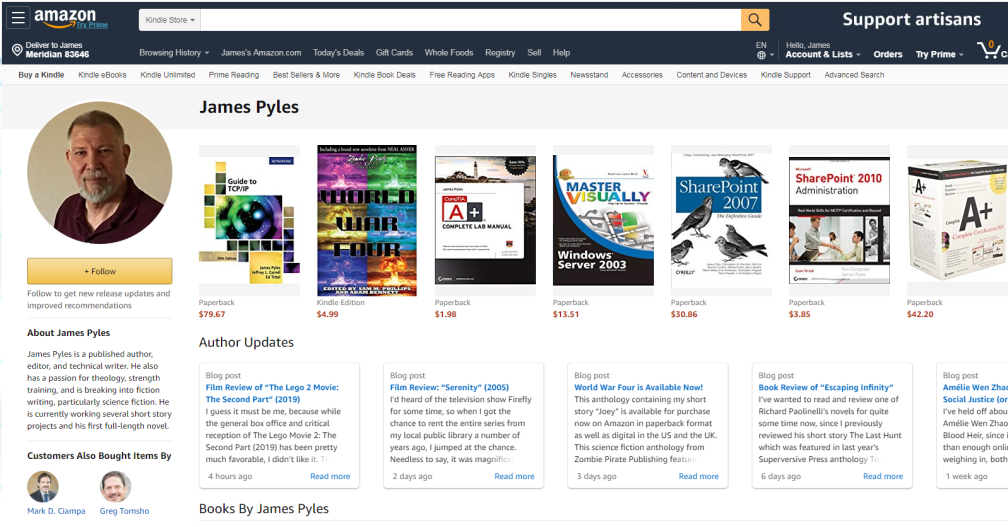 This didn’t quite workout the way I’d planned. All I wanted was to have a link to my author’s page from the list of authors and editors listed for the World War Four anthology. It’s still not listed alongside Adam Bennett, Sam M. Phillips, and Neal Asher, but if you scroll down on the page, you can find my photo along with a button so you can “follow” me on Amazon. Also, on my author’s page (see image above) you can see WWF listed along with my other publications. Finally.

For other WWF authors (or published authors period) I encourage you to create such pages on Amazon and make sure all of your works at attributed to you there. Great marketing (or at least I hope so).

This anthology containing my short story “Joey” is available for purchase now on Amazon in paperback format as well as digital in the US and the UK.

This science fiction anthology from Zombie Pirate Publishing features twenty post-apocalyptic tales set in a world that has survived World War Three but that now faces the unimaginable; a fourth world war, has accepted my short story “Joey.”

Synopsis of “Joey:” Ten years after the end of the third world war, on an Earth recovering from nuclear winter, an alien species invades and wipes out all but a handful of the human race. A man and his young grandson make a hazardous journey though the Northwest wilderness, running from hunter machines and hoping to join the remaining resistance fighters, but sixty-year-old Andy Hanson has a terrible secret.

I just found this promotional image on the Zombie Pirate Publishing Facebook page. Yes, the “blurb” is mine. All of the authors were required to provide a bio and “blurb” about their stories. Less than a week-and-a-half away until it is available on Amazon in both paperback and ebook format. Pre-order today.