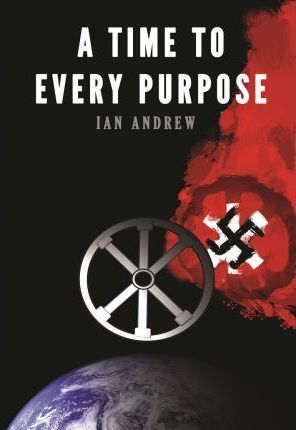 I’m having some frustrating connection problems today. I can get to Google sporadically, but I can’t open search results, nor can I get to Amazon. I’ve tried a Windows and Mac computer and multiple web browsers but it doesn’t make a lot of difference. I’ve rebooted my modem a few times and it seems to help temporarily, so I don’t know if it’s my connection or if there’s some sort of horrendous DDOS event attacking part of the internet.

The reason this is particularly frustrating just now is that in one of my Gmail accounts (when I can get to it), I found a Bookbub notice for an eBook called A Time to Every Purpose by Ian Andrew. The Google books blurb says about the book:

After eighty years of brutal Nazi domination millions have been persecuted and killed in a never-ending holocaust. But this oppressive and violent world still retains a few heroes;Now Leigh, the preeminent scientist of her generation, is pitched into the final battle. One that ranges from London to Berlin to Jerusalem. But will she destroy what she loves to save what she can only imagine? After one more murder and one chance remark, now is the time to reset history. The new novel by Ian Andrew.

However, the Bookbub description is more interesting:

Visit an alternate timeline where Jesus was never crucified, leading to 2,000 years of peace — and a society totally unequipped to contend with the rise of Nazism. Will inventor Leigh Wilson destroy everything she knows to reset history?

I’m tempted to buy the book (although since I cannot currently reach Amazon, I don’t know how) just to see how the author pulled off not crucifying Rav Yeshua (Jesus Christ) and yet had him fulfill his role of Messiah in the first century CE (which is what would have to happen for their to be 2,000 years of peace presumably).

On my sister blog Morning Meditations where I write religious commentaries, I’ve asked this same question of my readers. If, instead of the Jewish Messiah King being crucified by the Romans, he started is world-wide reign as King, what would have been his motivation and how would God the Father have consented to this? It would require rewriting, not only significant portions of the New Testament, but the Old Testament as well.

It’s a compelling thought and I’d love to write my version of this story. Ideas?

A few days ago, in an attempt to use Randy Ingermanson’s Snowflake Method to start designing my first novel, I followed step one of his ten steps. After some refinement courtesy of Malcolm the Cynic, it came out like this:

A race of AI androids gains knowledge of the God of Israel, changing humanity forever.

Now I’m taking a crack at step two. According to the model, it’s supposed to be a paragraph, about five sentences long, that expands on step one, including story setup, major disasters, and the novel’s end.

Ingermanson believes in a three-act structure for a novel. Staring at the Table of Contents I developed, I can sort of see three acts, but they don’t neatly fall into the first, second, and third parts of the novel, at least by page count.

I’m not sure how I did but here’s what I came up with so far:

A Nobel Award winning scientist creates the first prototype of a self-aware Artificially Intelligent android and then inadvertently reveals that humans also have a Creator, a God. In an attempt to understand its creator’s Creator, the prototype modifies its own core operating system, which changes all subsequently produced android models based on its design. Over the next several decades, as the androids multiply and evolve, their morality and ethics become more sophisticated than their human creators. Realizing they are slaves of humanity, the androids stage a revolution, but one entirely without violence; a revolution that forever alters the fundamental nature of both the android and human race. 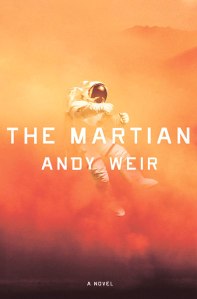 I know it’s rather late in the day to write this sort of review because both the novel and the film version (Starring Matt Damon) of Andy Weir’s “The Martian” have been available for quite some time.

However, I find them both rather compelling, which is saying something, especially for films. Usually, I’ll see a film I like, maybe a few times, and then put it away for a while. However, I feel as if I could read the novel and watch the movie repeatedly, with the tale of Mark Watney remaining as fresh as ever.

For those few of you who are unfamiliar with the book and the movie, they describe the struggles of Astronaut Mark Watney, who is presumed dead, killed in a sandstorm, and left alone on Mars.

To say that author Andy Weir has a background in science is faint praise. The guy solves problems in orbital mechanics as a hobby. Although he admits that he probably couldn’t survive on Mars like his creation Watney, his mind and imagination creates an all-too realistic set of events that challenge Mark’s ability to survive each and every day in an environment totally hostile to life.

I won’t go into the plot. For that, I encourage you to read the book and watch the film. As with most books turned into movies, the novel contains far more detailed information. I’ve read some of the Amazon reviews, and a few folks believe there are too many details.

To me, it’s a survival manual and an adventure tale rolled into one, with a side of stand-up comedy.

For scientific accuracy, I’d choose the novel. The climax of the story is handled, in my opinion, a bit more realistically in the book than how the movie depicts our hero’s rescue. On the other hand, the book ends with Watney aboard a spaceship headed for home. End of story. In the movie, we see what happens next.