Trigger Warning: This story is at least PG-13 with a little R thrown in (I tried to be as circumspect as possible and still retain the overall imagery of the story), so if you’re offended by sensual language with a touch of horror, you might want to stop reading now.

Lilith was always the first to arrive, but as the great mother, she was responsible for preparing the holy site for the others.

“Mother!” Naamah ran into the clearing, and with a gazelle-like leap to clear a fallen log, she fell into Lilith’s arms. If mother and daughter were human, their embrace would appear lewd and obscene, their hands and tongues sliding sensually over each others supple, lightly clad bodies, but for the most ancient of demons, this was a standard greeting, especially after being parted for an entire year (though at their age, a year wasn’t considered very long at all).

END_OF_DOCUMENT_TOKEN_TO_BE_REPLACED

“Why are you doing this to me?” Charlotte was terrified as she felt herself slowly dissolving. Where was she? How had she gotten here?

“I promise, it’s for the best.” His voice was soothing, melodic, and sensual. His touch…she could feel hands, but not hands, caressing her body, touching her everywhere, probing every part of her.

He didn’t stop. She hated him, hated what he was doing to her, but it was so much more intense than any sex she’d ever had, even with her husband. How could she hate it and it still felt so exciting?

“Stop it! Don’t! Please! She climaxed three times, wailing and writhing, and then what she felt became more intense, but in a completely different way.

END_OF_DOCUMENT_TOKEN_TO_BE_REPLACED

Found at Outside Magazine

Sex with Rafe was a cervical pain, even though she always cried out, “Deeper! Go deeper!”

But it was too late. The callous putz had finished inside of her, sending countless tens of millions of sperm cells searching fruitlessly for a fertile home in which to invade.

“Get off. You’re crushing me.”

“Whatever you say, Babe.”

Bonnie felt his now flaccid member slipping from between her moist thighs, and then her lover’s hot kisses descending from her neck, lingering over full, sweaty breasts, and then continuing down her body.

END_OF_DOCUMENT_TOKEN_TO_BE_REPLACED

With apologizes to Harlan Ellison.

Jeremy was her first real boyfriend. They’d been holding hands while walking to the bus stop after school for a month. Elisa knew her Mom and Dad wouldn’t let her date until she was 16, but that was almost a year away.

What would it be like to kiss him? She’d dreamed about her first kiss ever since she was little. Would he be the man she would marry? Would they have lots of kids and live happily ever after?

They took different buses to get home after school and her’s came first.

She could tell he wanted to kiss her good-bye, but not with all these people watching. It would be embarrassing. Besides, when they kissed for the first time, she wanted it to be something special.

END_OF_DOCUMENT_TOKEN_TO_BE_REPLACED

Cover to the story “Dracula’s Guest.”

“T’was the night before Christmas and all through the church,
Sean the prideful had fallen a far way from his perch.”

The Third Chapter in the Undead Life of Sean Becker

It hadn’t been Marishka. It hadn’t been her. Yes, he’d kissed Dol. He enjoyed kissing Dol. He wanted to have sex with Dol. But there hadn’t been anyone in the backseat of his car. He hadn’t seen or heard from Mariska in almost twenty years. What the hell was the matter with him?

Christmas Eve services. Like many other Christian families, the Beckers attended a very crowded First Baptist Church of Dublin for 10 a.m. worship, but for the sake of the children’s patience and the impending arrival of Santa, they would be staying home that evening.

Sean mouthed through the Advent hymns being sung, not paying any attention to the music or the lyrics but only to the demons in his mind. He wasn’t sure if he was more worried that he had hallucinated twice now or about his kiss of adultery.

END_OF_DOCUMENT_TOKEN_TO_BE_REPLACED 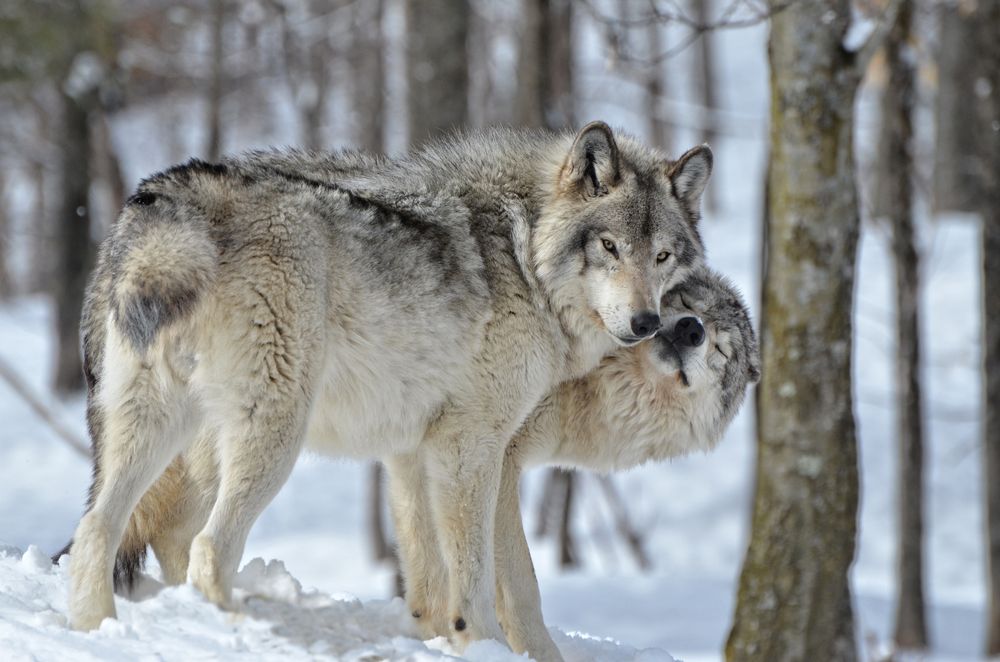 Yesterday, I wrote a short story called The Wolf’s Mate, a werewolf tale that’s actually a romance. Gwen is married to Larry and is pregnant. Larry is also a werewolf who even recognizes his “mate’s” scent while he is the wolf.

I started thinking of different ways to spin the story, and the night Gwen Talbot becomes pregnant sprang to life. I want to warn you right now this story contains some significantly “adult” content, so if you aren’t okay with that, stop reading now.

I’m also considering writing a story about their romance, how they met, fell in love, his proposal of marriage, and upon Gwen’s acceptance, Larry’s revealing his secret to her and how, amazingly, that resulted in them getting married, even in the face of the curse of the wolf.

I just wanted to let you know what you were in for.

I remember the night I became pregnant, both the ecstasy of it and the horror.

The story of my courtship with Larry, how deeply we fell in love with each other, his proposal and my joyous acceptance, and then the terror of the revelation of the wolf is for another time.

I did marry him, knowing exactly who he is, what he is, the curse he carries within him, and what it means for our children, especially any sons.

END_OF_DOCUMENT_TOKEN_TO_BE_REPLACED

Harvey couldn’t believe how easily he’d lured his latest victim out of that seedy bar and into an even more seedy motel room across the street. She was a beauty, a bit of a rarity in the places where he normally sought his prey.

The news media called him a serial killer. Seven women between the ages of 19 and 37 all strangled during the act of sex over the past fifteen months. The police couldn’t catch him. They had his DNA but it wasn’t on record anywhere else that would identify him. He moved from city to city, chose different venues to pick up women, a bar here, a concert there. He kept shifting his pattern around so they couldn’t predict where he’d strike next.

END_OF_DOCUMENT_TOKEN_TO_BE_REPLACED

Max Schmidt felt a little uncomfortable holding Aika’s hand in public, but as they were strolling past the Botanical Garden in the park she leaned into him and he felt it was the right thing to do.

“Tell me you love me again.” He felt her body heat as she nuzzled against him and he had to stop walking momentarily to regain his balance.

“I love you,” he whispered in her ear, too shy to say it louder for fear people nearby might hear him. She turned to Max and hugged him. “I love you, too,” she murmured into his chest.

Her Japanese accent was only mildly noticeable and he felt it was one of her more charming attributes. English was the only language they had in common though, and he felt a bit embarrassed that his own German accent was so thick. But then, the 34-year-old software engineer often felt embarrassed about himself.

Aika took Max’s hand again and they resumed their walk. He hadn’t meant to go this far from his flat. When Aika suggested they go out together for a while, he was thinking maybe a walk around the block. But it was a beautiful summer evening in the city, and Max enjoyed the delight he could see in Aika’s face. Everything in the world was new to her. It was like watching a small child discover the universe in a field of flowers or by the seashore.

“I’m so glad we met, Max.” She leaned her head against his shoulder.

“Me, too.” His reply was a bit stiff but she didn’t seem to notice. As much as Max enjoyed Aika’s company, he couldn’t help but be bothered by all of the barriers between them, not the least of which was the legality of her being here with him, or for that matter, the legality of her existence.

“We’d better head back.” He looked down at her. Her hair was a beautiful jet black, soft, silky to the touch, and smelled just slightly of strawberries.

She looked up with those big, gorgeous brown eyes. He watched her blink, noticed her eyelashes, her small, pert nose, her large, luscious lips. “Whatever you say, Max,” she cooed.

He was already getting aroused.