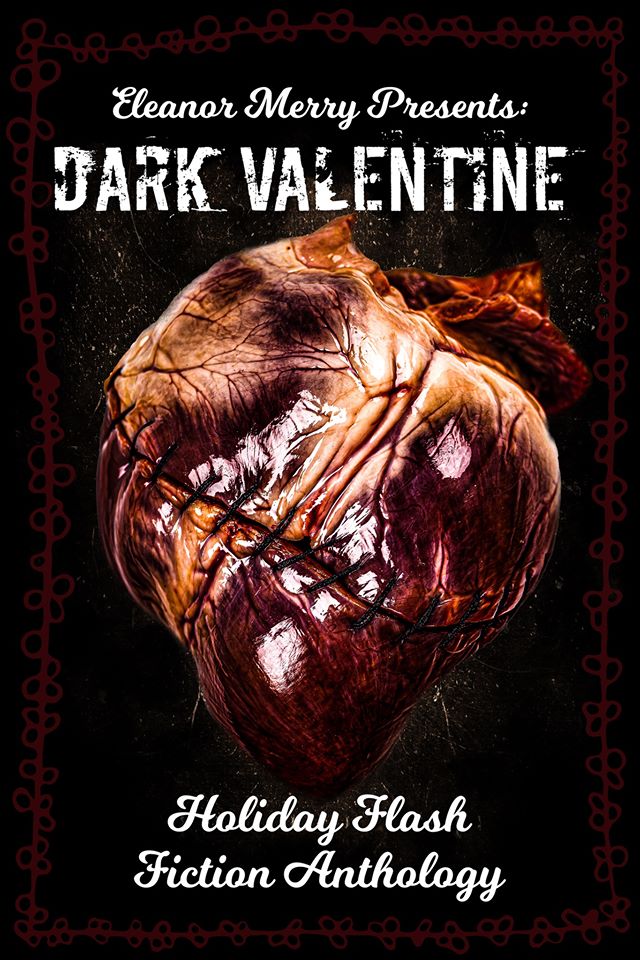 As you know if you’re a regular reader, three of my stories were accepted in the Dark Valentine Holiday Horror Collection: A Flash Fiction Anthology. What you don’t know is that it’s available for pre-order right now, with auto-delivery to your kindle device on February 1, 2020.

The link above is universal to Amazon, but here’s more:

END_OF_DOCUMENT_TOKEN_TO_BE_REPLACED 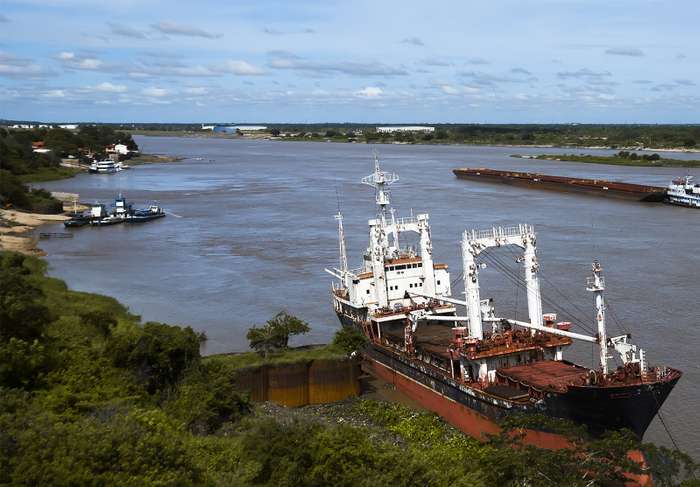 Ships on the Paraguay River at Asunción, Paraguay © Ilkov Filimonov/Dreamstime.com

Juan’s flight from his native Briviesca to Asunción in Paraguay was grueling, especially after two layovers. He was grateful to find a cab to take him the sixteen miles into the city.

“Senor wants to be taken to the river? No particular place?” What passed for Spanish in this country seemed almost barbaric to Juan.

The cab driver thought it odd that the Spaniard had no luggage, but Juan wasn’t planning a lengthy stay, or not one the cabbie would understand. As his mind and existence was cast backward, the cab, the buildings, the city itself became increasingly alien.

END_OF_DOCUMENT_TOKEN_TO_BE_REPLACED 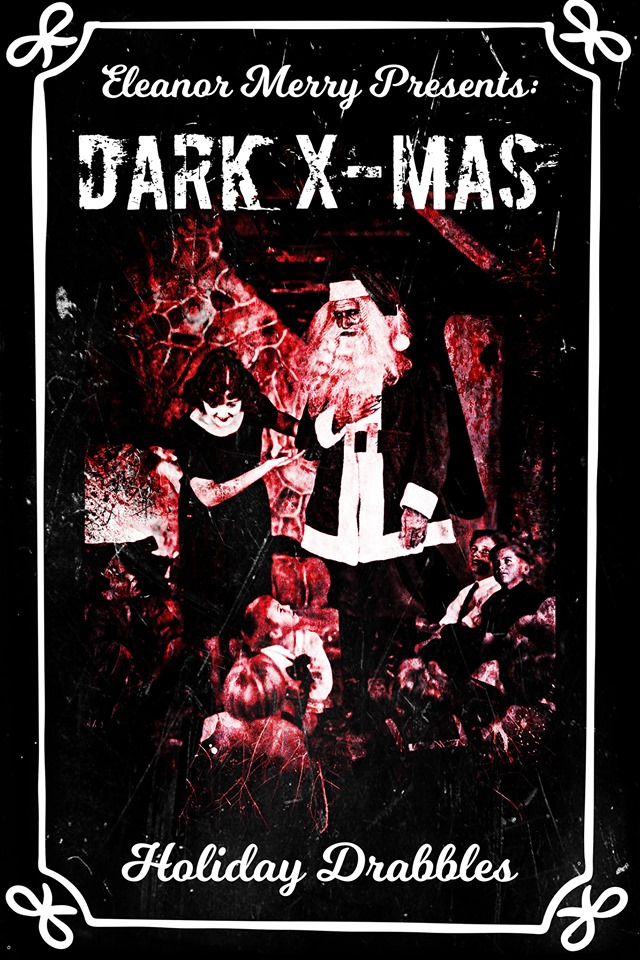 Not one but two of my drabbles have been accepted in the Eleanor Merry Presents Christmas Horror anthology “Dark X-Mas”.

According to the blurb for Dark X-Mas Drabbles Anthology:

I actually don’t know a whole lot about co-publishers Eleanor Merry and Cassandra Angler, but some other authors I’ve been published with before, including David Bowmore and Shawn Klimek, are participating, so I figured “what the heck?”

END_OF_DOCUMENT_TOKEN_TO_BE_REPLACED 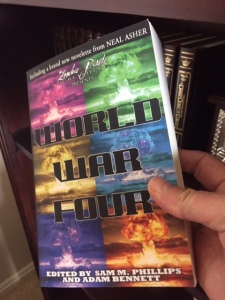 Adam Bennett is the co-founder of Zombie Pirate Publishing and his short story “Jackson’s Revenge” is featured in their SciFi anthology World War Four (which also features my short story “Joey,” but right now, that’s beside the point).

Yes, the tale mentions war and other planets, so the action is set sometime in the future and could definitely involve the aftermath of a fourth world war, but it also takes place in a bar and the weapons involved were merely pistols and swords, so I could easily imagine that the scene was sometime after the American Civil War. That’s a good thing, since it means the story is pretty much universal and you don’t have to be a hardcore science fiction fan to enjoy it.

Bennett’s short story is a study in misdirection, and the reader doesn’t get to find out the meaning of “Jackson’s Revenge” until the last several pages.

END_OF_DOCUMENT_TOKEN_TO_BE_REPLACED 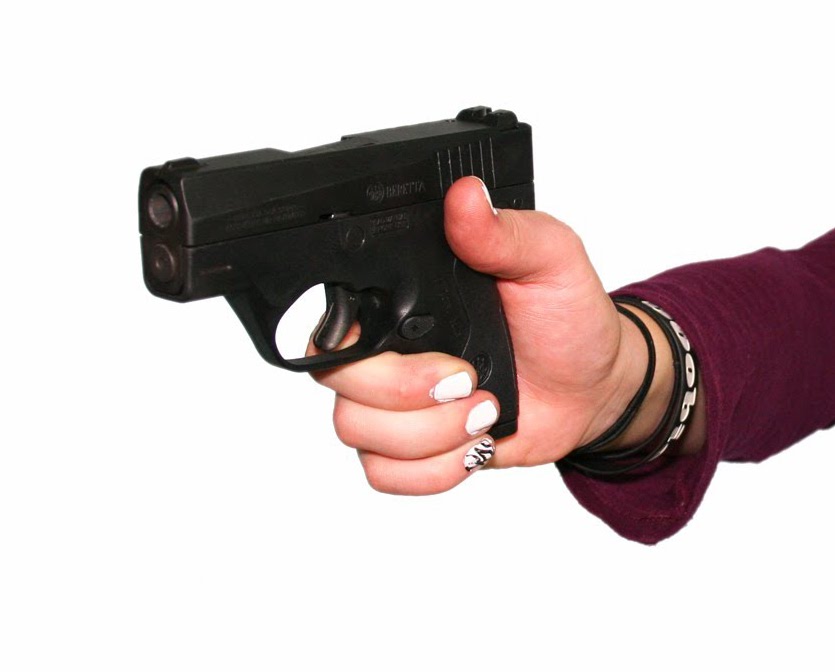 Samantha Gill was a terrific fan of the movie “The Martian” and was working out joules to newtons conversions in her head (which, admittedly, wasn’t difficult) as she stood at the iron grille waiting to be let in. She heard the mechanical click of the bolt being remotely pulled back, and watched the gate automatically swing open.

Her supple hips moved seductively, which was more out of habit than intent, and the brunette could smell roasting meat as she crossed the long driveway. This confirmed her prediction that Harold would have put something on the grill by now to celebrate. The front door was unlocked, and she let herself in, walked through the foyer, down the hall, past the great room and the office, into the kitchen, and then out onto the back patio.

“How’d things go?” Her middle-aged partner was just making conversation as he turned away from the propane barbecue and glanced in her direction. The eighteen-year-old’s wry grin had already told him the answer. Sammy reached in her jacket pocket and jangled the jewels, the sound confirming her most recent success.

END_OF_DOCUMENT_TOKEN_TO_BE_REPLACED 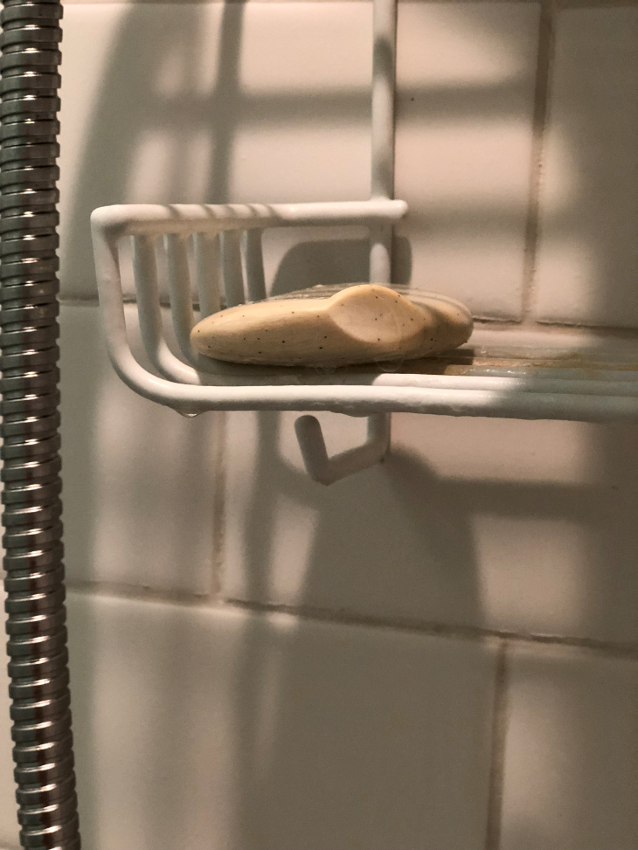 It felt so good to get the crap off of his body, even the nausea-inducing odor with which he was always saturated after each job.

This was number eleven. Only one more to go. Each of these increased the chance of him leaving some clue, though so far, the police were chasing nothing more than their tails.

Looking down, the last of the blood was swirling around the drain, about to be consigned to the sewers.

He turned off the shower and grabbed the towel hanging outside. Drying himself off, he thought of the oath he swore over his family’s graves.

A year ago, the infamous “Gang of Twelve” raided his father’s house, tortured and raped his mother, his sisters, and his daughter, beat and tortured the boys and men, then finally murdered them, all because of rumors that the patriarch had a horde of gold bullion.

They never found gold, but the ex-intelligence agent, who had been traveling that weekend, vowed to end each gang member in the most brutal manner possible. Only one more death until he achieved his goal. But even if the souls of the dead would rest easier, his own spirit would be haunted forever.

I wrote this for the 12 August 2018 edition of Sunday Photo Fiction. The idea is to use the image above as the prompt for crafting a piece of flash fiction no more than 200 words long. My word count is 200.

Interestingly enough, I’d just taken a shower before sitting down and writing this story, so the feeling of getting clean was very fresh for me, if you’ll pardon the unintentional pun. For some reason, the smell of blood (like from a bloody nose) popped into my head. The rest of my tale just fell into place.

To read other stories based in the prompt, visit InLinkz.com. 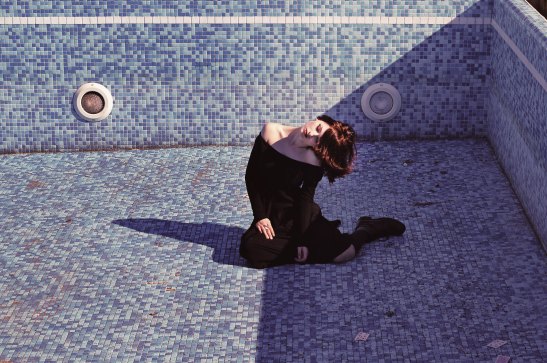 The lady in black, as the tabloids dubbed her, had drowned in Victor Fountain’s swimming pool five years ago and now she was back. Marcela Saenz was twenty-eight when she died. Mr. Fountain, CEO and President of one of the top software engineering companies in the world, was on holiday with his family at the time and had no knowledge about how the personal assistant for his company’s Marketing director had gotten onto his property.

The coroner declared the case death by misadventure. Based on the contusion on the back of Ms. Saenz’s head, and the amount of water in her lungs, he determined that she must have fallen into the pool, struck her head against the side, rendering her unconscious, and subsequently drowned.

Her body was found by Johnny Morales, an employee of a pool cleaning service, some forty-eight hours after she died. The nineteen-year-old quit his job the next day.

END_OF_DOCUMENT_TOKEN_TO_BE_REPLACED 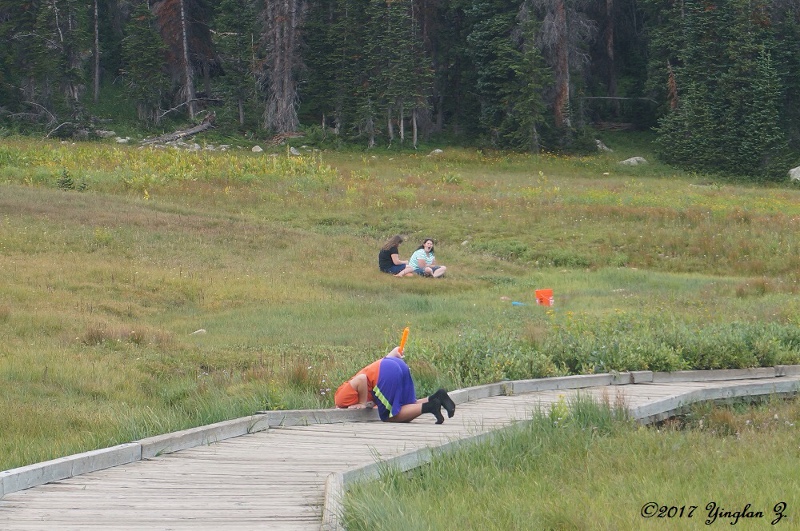 Their High School Drama club had adopted this section of the path through the forest near their campus to clean up every quarter. Derek, the most unpopular student in class, brought up the rear while everyone else had already picked up the more easily found garbage and litter and moved on.

Cynthia and Stephanie decided to take a break and sit on the grass and they saw Derek looking under the wooden path as if he were puking. They started giggling at the sight, calling out “Doofus Derek.”

“Those stupid girls, I can hear them. They think I care…hey, what’s that?”

Something was moving in the shadows. “Probably just a cat or a squirrel.” That’s what he thought until the long dormant blackness leapt into his face.

“What is it Steph…oh gross. Derek what did you do to your..?”

Nothing had happened to his face except his mask fell away finally revealing all of the rage inside. The berserker he’d become rushed at the teens. They were just the first pair to die.

I wrote this for the FFfAW Challenge-Week of March 20, 2018 hosted by Priceless Joy. The idea is to use the image above as the prompt for creating a piece of flash fiction between 100 and 175 words long. My word count is 175.

It was tough to come up with a story based on the image. The guy really did look like he was vomiting and the expression one of the girls seemed to indicate shock or horror. I built on that, leveraging school bullying and how being pushed too far can finally send even the mildest person into a rage. In this case, Derek had a little supernatural help, and his response was beyond deadly. 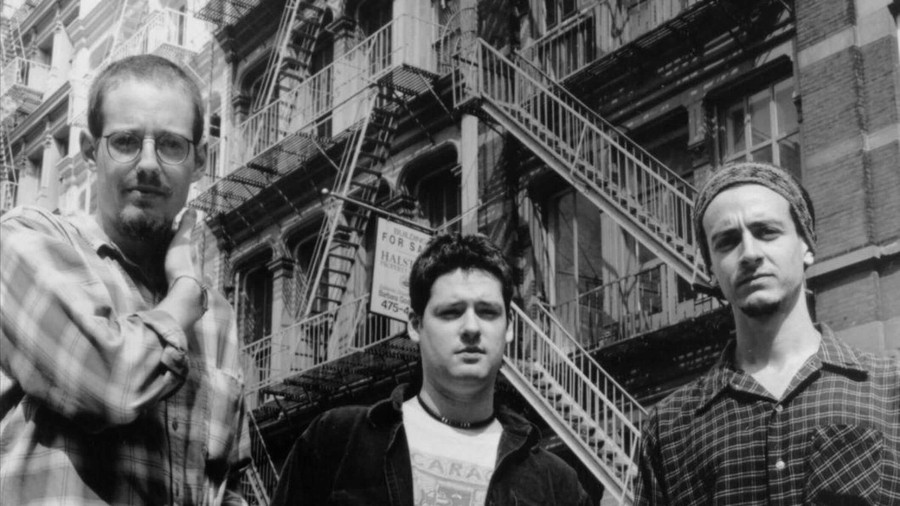 “Jemmy, who’s this bloody tart sitting in my chair?”

She was calling from the bedroom. Dan had come home high as usual. Having closed the door behind him after spending three minutes just getting the key in the lock, he was leaning back against it so he wouldn’t fall over.

“Yeah, Luv. I say though, who’s the bird sitting in my chair looking like she wants to cut off me neither bits?

“Looks like a bird to me, giving off a sort of angry Grace Jones vibe. What, you bringing home transvestite hookers, now?”

Dan laughed frantically as if it were someone else who’d told the joke and he found it fantastically funny.

END_OF_DOCUMENT_TOKEN_TO_BE_REPLACED 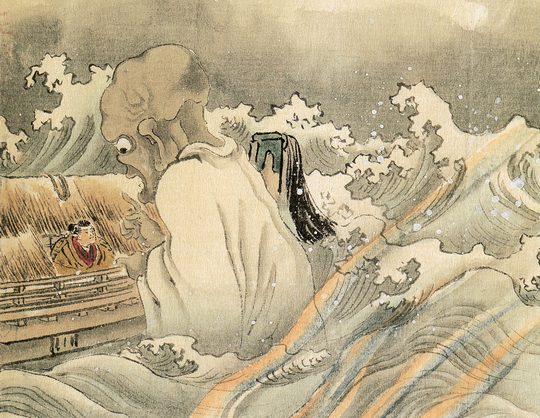 Taketoki Washizu had been Captain of the freighter Tsukimi for almost a year. It had been a year to the day when the Tsukimi’s former master Noriyasu Odagura had perished at sea, swept from the desk of this very ship during a storm. The official board of inquiry determined his death to be a tragic accident, yet every last member of the crew suspected murder.

By rights, the Tsukimi should have been Washizu’s in the first place, or so said his wife Asaji. Ever ambitious for her husband, she kept harping on Taketoki how he had been cheated, that Nippon Supply, the company that owned the Tsukimi, should have promoted Taketoki instead of Noriyasu. She was almost fanatical that Noriyasu had used his family connections and influence with Nippon’s upper management to unjustly gain command of the freighter.

For the longest time, Taketoki didn’t want to believe it. He and Noriyasu had been friends since childhood and he was happy to be Noriyasu’s First Mate.

But Asaji kept after him, hounding him, saying she had a cousin in the CEO’s office, how she’d seen memos about Noriyasu and Taketoki, that even though Taketoki had more experience, Noriyasu was favored.