I’m continuing my slow review of the stories in the Zombie Pirate Publishing SciFi anthology World War Four (which also features my short story “Joey,” but right now, that’s beside the point). This evening, as I write this, I showcase the tale of Chinese fighter pilot Chen Fan’s mission to blow up a Russian fuel depot while being pursued by his arch-nemesis, Iraninov.

It reads pretty much like a standard aerial dogfight between to fighter pilots except the aircraft are really spacecraft capable of operating in atmosphere all the way down to the deck. Fan toggles between worrying about his plane’s damage, evading Iraninov’s attacks, and his moral consciousness at the imminent death of thousands of civilians, collateral damage of his mission, the latter a strange consideration for a hardened combat veteran.

END_OF_DOCUMENT_TOKEN_TO_BE_REPLACED 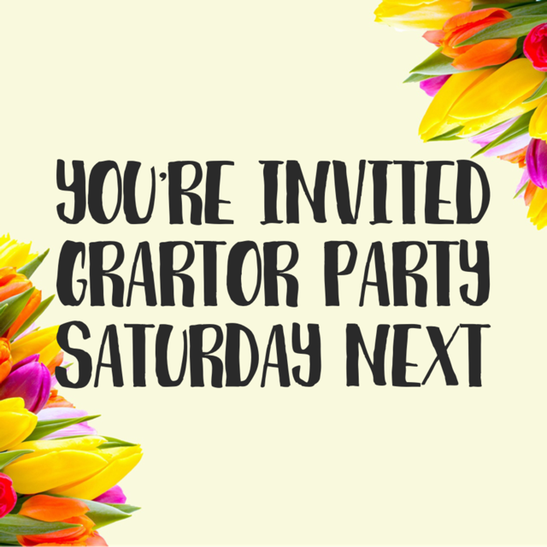 Found at Mindslovemisery’s Menagerie – No image credit given

25 year old Brian Russell saw the pile of junk mail sitting on his chair which was situated near his gaming console. “I thought I told you to throw away the snail mail crap.”

His roommate and fellow graduate student Ricky Briggs shook his head, wagging his long pony tail as he continued to focus on playing Warthunder. “One of them wasn’t junk. Check out the first class stamp.”

“Only you would know about postage stamps, you throwback.” The tall man ran his fingers through his mop of “dishwater” brown hair. He actually admired Ricky’s talent for “old school,” but didn’t always appreciate it. Picking up the envelope, he still knew enough to realize that no return address was unusual. Brian ripped open the gaily yellow envelope and found a single card inside with the words, “You’re Invited Grartor Party Saturday Next” printed on it.

“Who wrote this, an ESL dropout?”

END_OF_DOCUMENT_TOKEN_TO_BE_REPLACED

It could have been any time of year except winter. Jake hoped it was a nice, cool summer morning. He didn’t like the heat, but summer mornings were just about right, like the Goldilocks of seasons and times of day.

He was in the mountains he guessed. Didn’t matter really. He was free for a while, free to walk, hike, run, scream, anything.

He felt good, strong, alive. Jake couldn’t remember a time when he experienced the world this way. He took a deep clean breath.

“Mr. Francisco. We’re done calibrating the system and are shutting down now.” The voice was disembodied but it was Simmons.

“We can put you back in VR when we get the programs uploaded, probably next week.”

He sighed. When they turned it off, the VR world would vanish and he’d be a bed-ridden ALS victim again. Doctors said he had a year left. The virtual reality his company invented was the only way he’d be able to live out his days as an able-bodied man.

I wrote this for the FFfAW Challenge for the Week of January 9, 2018. The idea is to take the image above and use it to inspire the creation of a piece of flash fiction between 100 and 175 words long. My word count is 173.

I had a lot of different ideas for the image and then I noticed that when the screenshot or digital photo was taken, a four-arrowed cursor was also captured just above and to the left of center. That gave me the idea for a person enjoying the great outdoors only to discover he’s in a “holodeck” or something.

I fleshed the concept out a bit more and came up with the story you’ve just read. A friend of mine is an ALS sufferer and while he can still get along without a motorized wheelchair, he’s approaching that particular milestone all too quickly. He needs a machine to help him breathe sometimes, which is why I had my character take a deep breath.

To read other tales based on the prompt, go to InLinkz.com.

She was forced to walk on all fours thanks to her oversized head, it being two inches larger than it was before the surgery. To make matters worse, her head was sitting on a neck twice as long and six inches thinner than the one she had before.

“Dr. Brennan, I can’t lift my head.” Sophia’s dream of being “Barbie beautiful” had turned into a surreal nightmare.

“We discussed all this, Sophia, and your head is the least of your worries. Your waist is only 16 inches, four inches thinner than your head. We had to greatly reduce the size of your liver and intestines to accommodate it.”

END_OF_DOCUMENT_TOKEN_TO_BE_REPLACED

Well this is kind of creepy.

About a month ago, I wrote a story about a man who’d found The Perfect Woman, but as it turns out, she’s an artificial intelligence in an android body.

Now I find out that on a Reddit AMA (ask me anything), Matt McMullen, CEO of RealDoll said they are building an AI product that will be connected to either a robotic doll or experienced in a virtual reality environment. The result is not to fool the customer into thinking their sex doll is human, but to make the experience a bit more “real”.

No, the doll will not love you back, but it might be able to simulate something like it.

“We are designing the AI to be fun and engaging, more than focusing on whether it can fool you into thinking it’s a person,” he said.

He later added, when someone asked if dolls will ever love us back: “I hope that we can at least simulate that,” McMullen responded. “That’s the goal.”

-Kirstie McCrum
“Sex doll makers ‘putting finishing touches’ to artificial intelligence app so they can love you back”
Mirror.co.uk

I thought I was only kidding, but this is for real.

So how long will it be before such a product is on the market. According to Tech.Mic.com it could be as soon as the end of 2017.

This again brings up the concern of how smart sex dolls may increase human alienation.