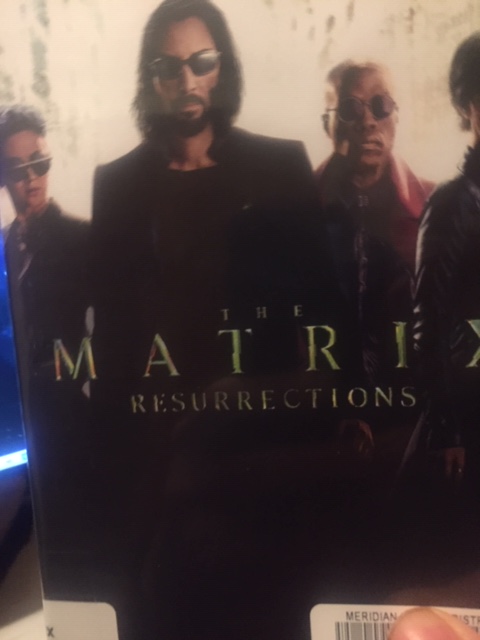 I just finished watching The Matrix Resurrections (2021). I found it in the “new movies” DVD section at my local public library, so renting it costs me nothing. Watching it cost me time (2 hours and 28 minutes) which I’ll never get back.

First of all, I went in with not great expectations. Actually, I didn’t know what to expect.

What I found was that for the first half to two-thirds of the film, I toggled back and forth between interest and boredom.

I probably missed a lot of references to the previous trilogy. While I’ve watched the original The Matrix (1999) dozens of times, I’ve only watched the two sequels one time each. I wasn’t particularly impressed and didn’t see the need to re-watch them, let alone buy the movies.

END_OF_DOCUMENT_TOKEN_TO_BE_REPLACED

DISCLAIMER: This film review is loaded with spoilers, so if you haven’t seen the movie yet and want to be surprised, don’t read any further!

Yes, I went to see Star Wars: The Rise of Skywalker today with my son, my grandson, and my son’s girlfriend.

What I’m about to say will probably annoy or even anger some of my friends and acquaintances, but the movie wasn’t half bad. In fact I liked it for the most part.

This isn’t to say that it didn’t rehash the original three films from the late 1970s and early 80s, but it was better than Director Rian Johnson’s horribly failed The Last Jedi (2017).

First of all, it was visually very impressive. Just in terms of cinematic “eye candy” (no, not that kind), it’s a pleasure to watch.

END_OF_DOCUMENT_TOKEN_TO_BE_REPLACED

© James Pyles – photo of DVD case for the movie “Escape from L.A.”

I saw John Carpenter’s 1981 film Escape From New York starring Kurt Russell, Lee Van Cleef, and Adrienne Barbeau when it was first in the theaters and then a few times on disc later. It’s what I consider a “high functioning B movie.” That means it’s a lot of fun, but in spite of the quality actors in the movie, it would attain no higher level than “cult classic.” It’s a good way to waste two hours.

I’ve been aware of the 1996 sequel Escape from L.A. for years, but never had the desire to see it. However, yesterday at my local public library, I found it on disc and figured “what the heck.”

Actually, given the quality of the story of the original, and that sequels almost never live up to the original, I expected to either be bored or to hate it.

END_OF_DOCUMENT_TOKEN_TO_BE_REPLACED

From the teaser/trailer to “Ghostbusters 3”

Okay, I’m a huge fan of the original 1984 Ghostbusters starring Bill Murray, Dan Aykroyd, Sigourney Weaver, Harold Ramis, and directed by Ivan Reitman. Every Halloween, I close up all of the blinds on the front of my house, hide from trick or treaters, and watch this comedy classic. It’s a beautiful movie that never gets old.

I’ve watched the 1989 sequel exactly once, hated it, and have never viewed it since.

I read extensively about the gender-flipped 2016 Ghostbuster’s remake and decided to avoid it altogether. Yes, that probably leaves me vulnerable to being called “sexist” and “misogynistic” since a “woke” man would have not only watched the film but loved it for being pro-woman and progressive (however, as Paul Bois at The Daily Wire quipped, “Get woke, go broke”)…

…or maybe it was just a bad movie banking on using an established and beloved franchise to push an ideology in the most shallow and blatantly obvious way possible.

END_OF_DOCUMENT_TOKEN_TO_BE_REPLACED 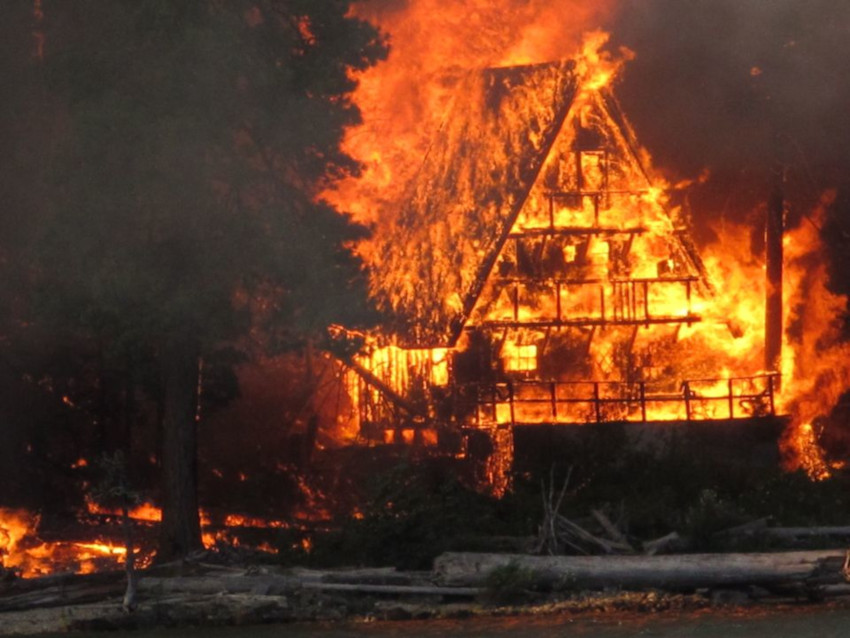 Spider silk clung at the doors, over the windows, across everything she had left behind. It was the one place she had allowed to remain, had not purged with fire, the first home she had ever known with Mommy and Daddy.

But that was over twenty years ago. She and Daddy had abandoned their small mountain retreat after Mommy died of cancer. It, along with everything else Daddy owned, had passed down to her in trust when he died. She had only been five at the time, and Daddy’s boss, billionaire Keyne Harlan, took care of everything for her, adopted her, provided her with the finest of everything, home, clothes, education, everything a little girl needed to grow up. Everything except love.

“I wish I didn’t have to do this.” Twenty-five year old inventor and heiress Alise Egan was standing on the front porch of the new dilapidated cottage in the High Sierras, thirty miles from Yosemite National Park. Keyne and his usual entourage used to rent several suites at the Yosemite Valley Lodge twice a year as she was growing up, Spring and Autumn, taking her to the park for their biannual bicycle and music festival, but it was the closest she ever got to the Egan’s vacation home up until now.

END_OF_DOCUMENT_TOKEN_TO_BE_REPLACED 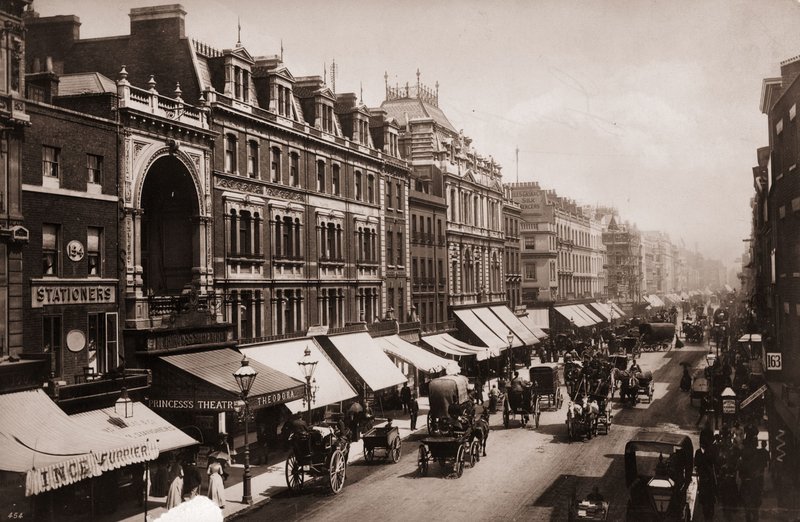 William Shaw was stepping out of the pub on Northumberland Street near the Charing Cross railway station when he quite literally collided with his next wife. He’d been looking at his pocket watch and calculating how much time he had left to catch his train, and she had been rearranging the parcels she was carrying as they had begun to slip from her hands.

“Think nothing of it.” He bent forward to retrieve the parcels that had fallen to the pavement when they ran into one another.

Handing them back, he executed a small bow. “Mr. William Shaw at your service.”

It was difficult for her to return the courtesy given she was once again laden with physical burdens. “Miss Julia Witherspoon, Sir. Thank you for returning my parcels to me.”

“Please, you seem to be having difficulty. May I assist you?”

The offer was generous, but she was hesitant to accept the help of an unknown gentleman, even one with such apparent good breeding. On the other hand, her employer wasn’t particularly forgiving and she was already late.

“Very kind of you sir. I’ve been purchasing provisions for my employer and must meet my train to return to his domicile.”

“I would be honored to carry your parcels to your train, Miss Witherspoon.”

Thus the immortal Mr. William Shaw, for that was the nom de voyage he used these days, accompanied his future wife to Charing Cross. She was unaware of this, of course, though she found him quite charming and amusing.

He, on the other hand, was absolutely sure they would wed before the year was out (and was satisfied he was missing his own train for the right reasons). He had buried twenty-one, or perhaps twenty-two brides since he began his long journey through the corridors of history, the last one a mere two decades ago.

The future Mrs. Shaw would make a comforting companion to share the next fifty or sixty years with. He had a feeling that the 20th century was about to begin on the right foot.

I’m leveraging characters I first introduced in the flash fiction piece Traveling the Road Back, a tale about an immortal named William Shaw who, a century prior, made the mistake of letting his wife and one true love Julia board the doomed HMS Titanic. It takes decades, but he finally invents a time machine so he can go back to the early 20th century and save her life.

I’ve gotten more than one request to expand their story, so I wrote this in an attempt to “try out” writing about turn-of-the-century (20th century, that is) London and the first meeting between William and Julia.