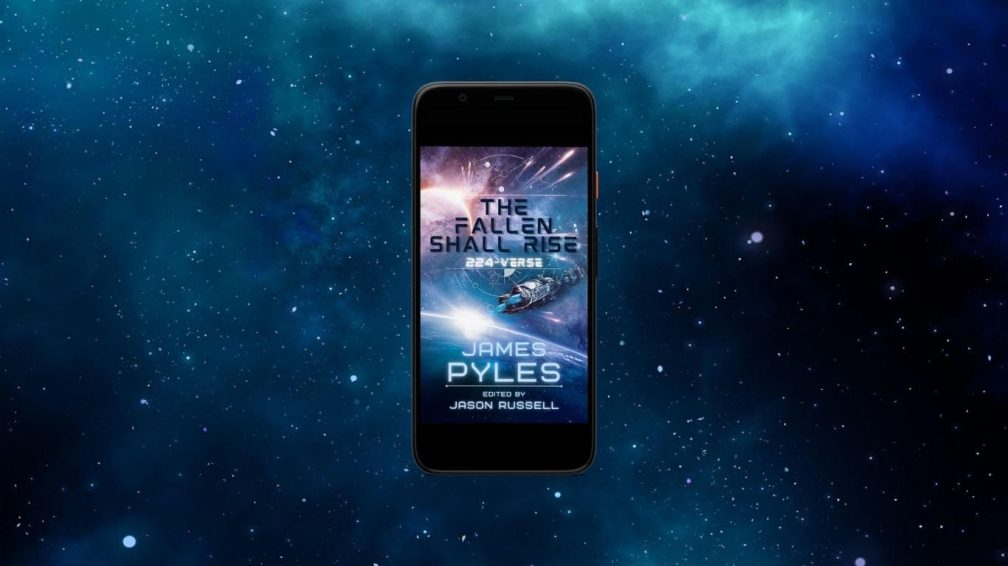 The Fallen Shall Rise, my latest SciFi novella published by Starry Eyed Press as part of the 224-verse series has only been available for a week. It already has two Amazon ratings, one 4-star and one 5-star.

I won’t post the entire review, but it says in part:

END_OF_DOCUMENT_TOKEN_TO_BE_REPLACED

As part of the promotion for my latest SciFi novella The Fallen Shall Rise, I was interviewed by the publisher Starry Eyed Press. My story takes place in their shared 224-Verse, which includes millions of spacefaring civilizations in the Andromeda galaxy.

END_OF_DOCUMENT_TOKEN_TO_BE_REPLACED

Cover for Echo Vol 2: A Taste of Ashes

It’s been over two years since I reviewed Kent Wayne’s (pen name) military science fiction novel Echo Vol I: Approaching Shatter. I’ve had volumes 2 and 3 on my Kindle Fire forever, but just hadn’t managed to get around to reading them (so many books, so little time). But then, I hit just the right break in my reading schedule and inserted Echo Volume 2: The Taste of Ashes.

Echo I set the stage for the action in Echo 2, which is an adrenaline-fueled, supercharged, watch-the-body-count-rise, military “gore-fest.” No kidding, for nearly the first half of the book, the protagonist Atriya is constantly battling hordes of enemy Dissidents without a single break.

In the book’s Afterword, Wayne admits he probably could have shifted the scene a little bit or avoided describing, second by second, everything Atriya was going through in microscopic detail. My personal opinion is that he should probably just repackage Vol I and II as a single novel, since it would even things out a bit.

I’m not being particularly critical when I say this. I enjoyed the action, although there were times when, even with the Crusader’s advanced augmentations, he seemed more superhuman than any of his contemporaries.

So what’s going on?